Pep Guardiola says it is time to learn cricket, thanks Virat Kohli for RCB shirt 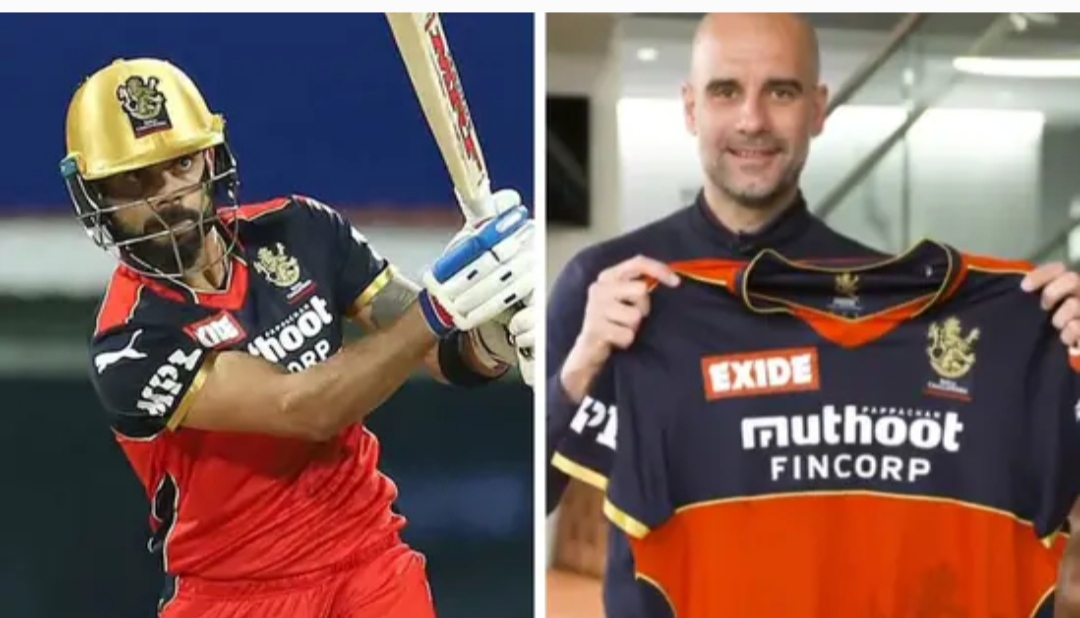 Srinagar, April 23: The magician , the master tactician who is respected all over World for his football antics and manager , People Guardiola has said that it is finally time to learn cricket rules after receiving Royal Challengers Bangalore (RCB) jersey from Virat Kohli.

The Manchester City who has won almost everything on offer in club football with Barcelona, Bayern Munich and now City said this on his official Instagram handle.

Pep Guardiola uploaded a video on his Instagram handle where he said that ‘it’s time to learn cricket rules’.

Guardiola received an RCB shirt and thanked ‘friend’ Virat Kohli for the gesture.

‘It’s time to finally learn cricket’s rules. Thanks to my friend @virat.kohli for the shirt. Now is your turn to use your Man City shirt,’ Guardiola said in an Instagram post.

Virat and Manchester City are both brand Ambassador of Puma and hence such exchanges are normal. They previously had Instagram live interaction as well.