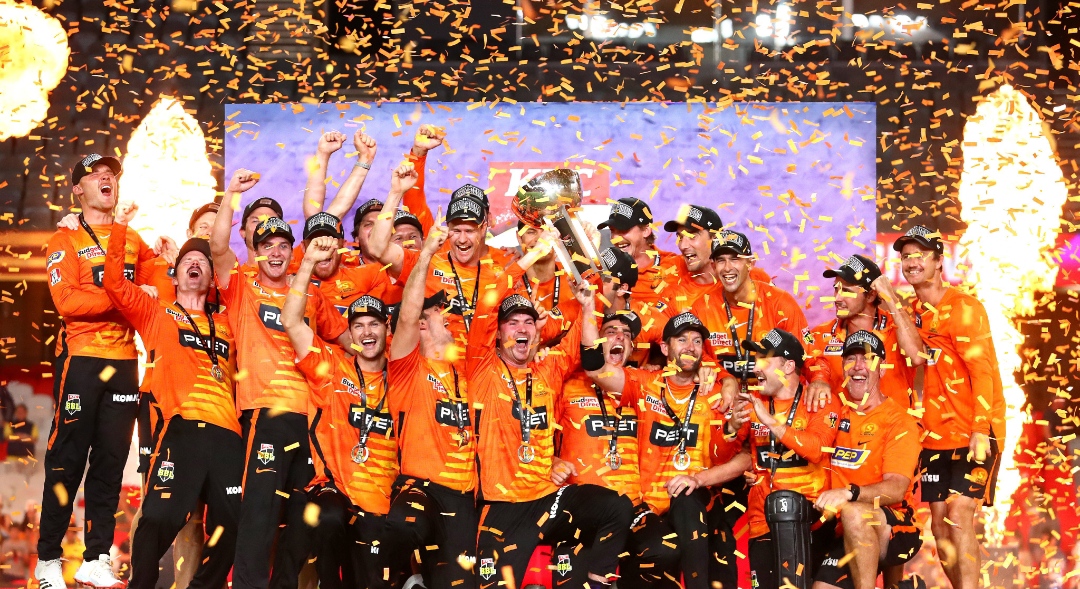 Laurie Evans smashed an unbeaten 76 off 41 as Perth Scorchers blast past the Sydney Sixers in Melbourne . Evans fireworks propelled Perth to 171 for six off their 20 overs with Sydney all out for 92 from 16.2 overs in reply for a 79-run win.

“What can I say, the guys deserve this,” said man-of-the-match Evans.

“They’ve sacrificed a lot, not being able to get home and stuff like that. I’m just really proud we got over the line today.”

The clash culminated another tournament marred by the pandemic with the game played at Melbourne’s Marvel Stadium with the roof shut after torrential rain.

The Scorchers nominated the venue as their “home” ground as they are unable to return to Western Australia, with the state border still shut to the rest of the country due to Covid concerns.

Henriques won the toss and opted to bowl and it looked to be a good decision when the Scorchers slumped to 25 for 4 after six overs.

But an incredible 104-run partnership by skipper Ashton Turner (54) and Evans flipped the match in their favour.

Perth have been kings of defending low totals this season and the omens didn’t bode well for Sydney when they lost Hayden Kerr cheaply in the second over.

Daniel Hughes hit a quickfire 42 before being run out to give them a glimmer of hope, but it was always an uphill battle with Nicholas Bertus (15) and Jay Lenton (10) the only other players to make double figures.

Andrew Tye did the damage with 3-15 off three overs. He was on a hat-trick at one point after dismissing Sean Abbott and Ben Dwarshuis, only for Lyon to fend off his third ball.

The Scorchers and Sixers, who are three-time champions, are the only two clubs to have clinched multiple titles in Australia’s T20 competition.