Hazratullah, who came in one of the replacements for the Abu Dhabi-leg matches, belted his third half-century in fourth appearance and scored 66 from 44 balls with six fours and four sixes. Wells, who came out of room isolation on Sunday and held an extra training session before the match, ended up with a 43-ball 55 not out as the 2017, 2018 and 2019 finalists achieved the 175-run target in 16.5 overs for the loss of two wickets.

The two batsmen added 126 runs for the second wicket off 81 balls after they had joined hands following the departure of Kamran Akmal at the score of 15. With 34 runs needed off 33 balls when Hazratullah was bowled by Mohammad Wasim Jnr, Shoaib Malik (32 not out, 10b, 5x4s, 1×6) and Wells ensured there was no repeated of Monday’s late crisis as Zalmi romped to victory with 19 balls spare.

It was a forgettable evening for Islamabad United, who had topped the table with eight wins from 10 matches.

Defending a decent total, Hasan Ali started with two no-balls, his first of the tournament, to finish with one for 43 in 3.5 overs, while Shadab Khan went away for 55 runs from his four overs, including 21 runs in his third over and 18 in his final over. Wasim picked the wicket of Hazratullah but conceded 32 runs in his three overs.

Earlier, a blistering 61-run ninth wicket partnership off 24 balls between Hasan Ali and Wasim lifted Islamabad United from a precarious 110 for eight in the 16th over to a highly respectable 174 for nine in 20 overs.

Hasan once again display his potentials as a batsman who can effectively use the long handle by clobbering five fours and three sixes in a 16-ball 45 cameo. Wasim also shows signs of an all-rounder in the making by slapping two sixes in an 11-ball 17 not out.

Hasan and Wasim scored 22 runs from the 17th over, bowled by Umaid Asif, and 18 runs off the penultimate over, bowled by Wahab Riaz, to ruin the figures of the two fast bowlers, who finished with two wickets apiece conceding 44 and 35, respectively.

The final over of the innings yielded 16 runs as the late assault brought the smiles back in the dugout, which had looked gloomy and worried after the side that finished on the top of the leaderboard after the league matches, had slipped from 71 for two in the eighth over to 110 for eight in the 16th over. 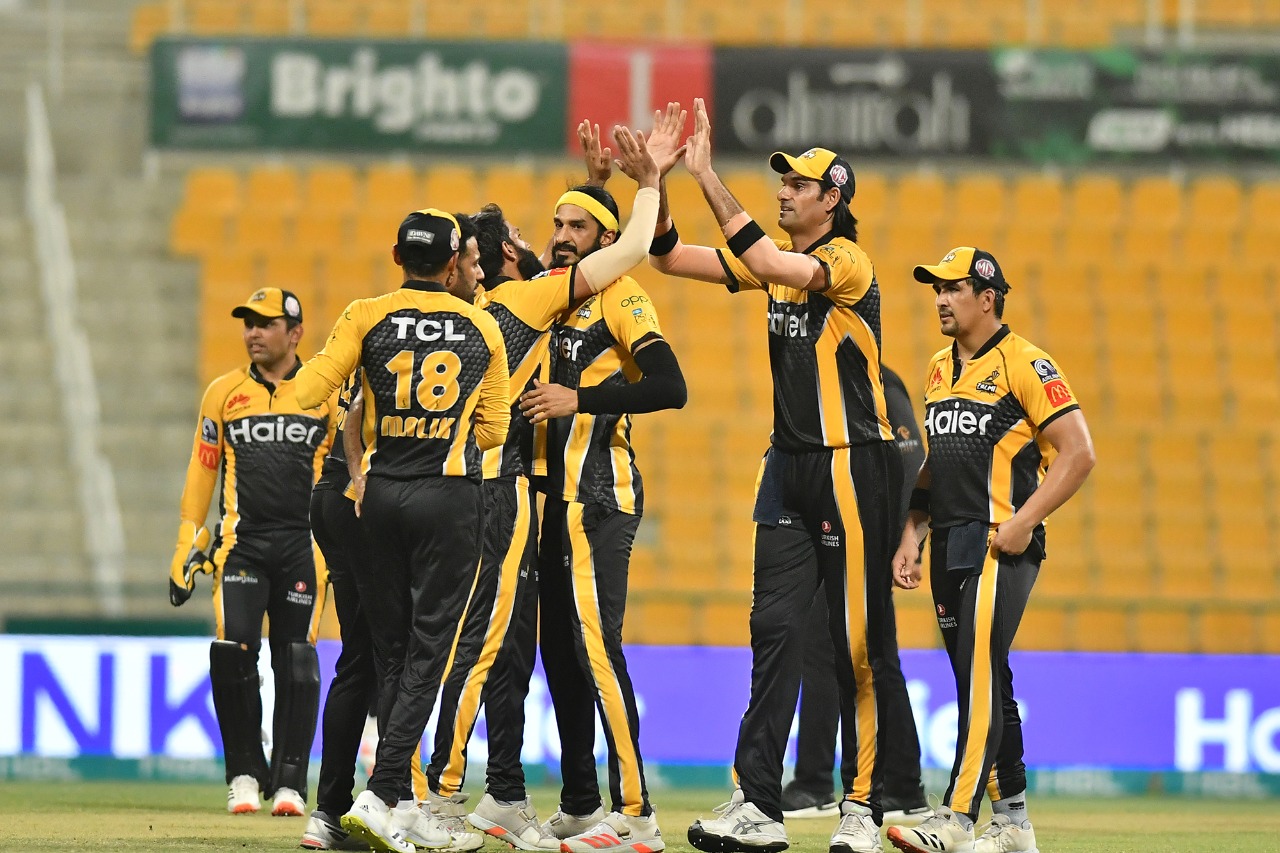