The match started with a brisk note with both the teams trying to take the lead in the intial moments. They made attacks and counter attacks but could not find the net. The first-half ended in a goalless draw.

The second half started with the sprits of both the teams trying hard. JK PDC XI played a calculated game with short passes, man-to-man marking and offensive football while J&K Police played with all their might trying to find an opening in the oponents goal.

Both teams failed to find an opening and the match ended in a goalless draw. Spectators were enthralled to witness the high voltage match which was full of might skill and ball control.

Later tie-breaker rule was applied to decided  the winner. J&K PDC XI defeated  J&K Police XI by 4:3 in the tie breaker. Thus J&K PDC XI qulified for the finlas and will lock horns with J&K Bank in the finals.

The Ist semi Final match was played between J&K Bank XI and Downtown Heroes FC which was won by J&K Bank Xi in atie breaker and J&K Bank had already qulified for the finals.

The Tournament is organized by JKFA & Postive Kashmir (NGO). 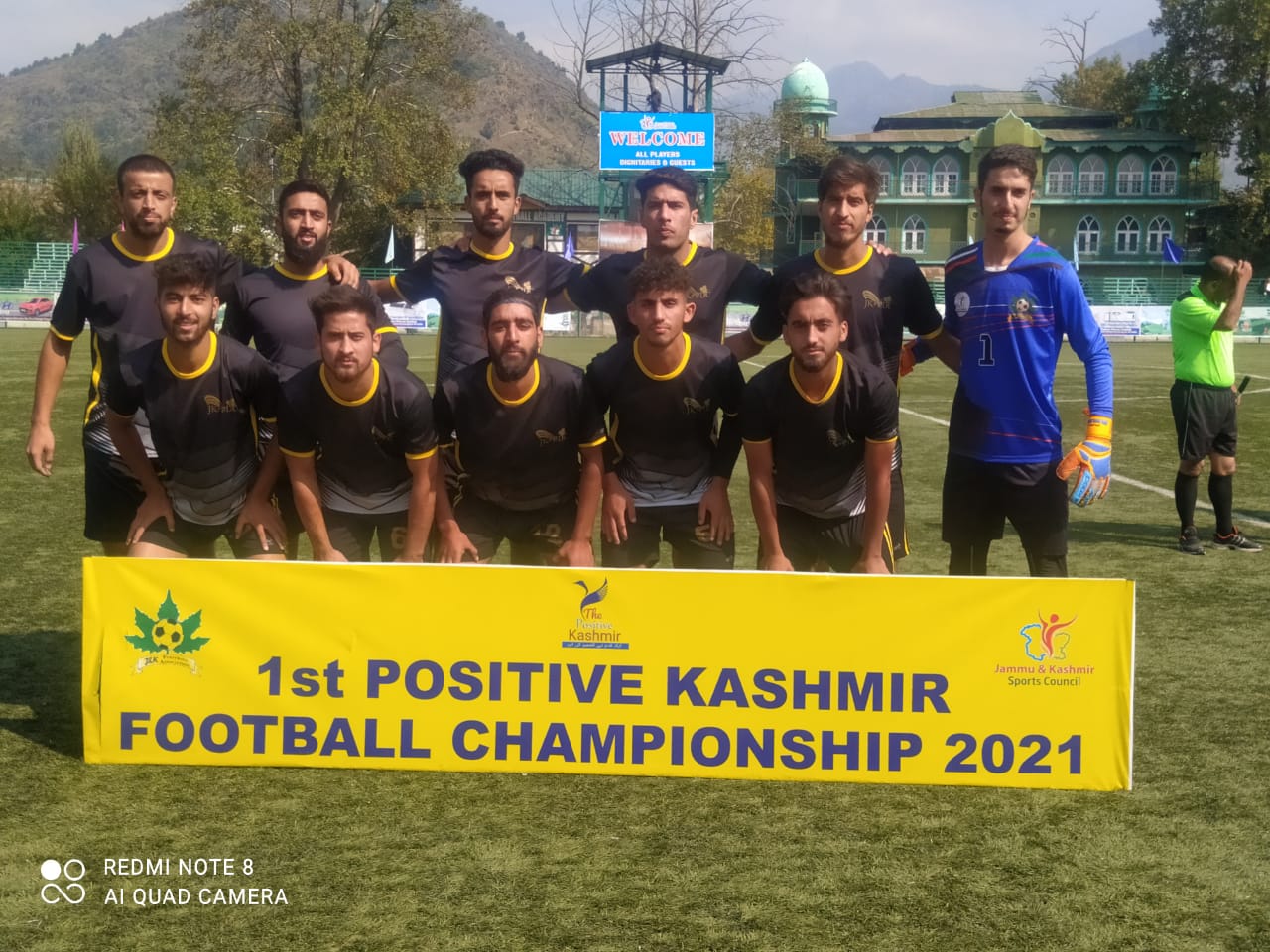