Batting first, Bradman Sopore scored 179 runs . In reply Valley Boys Kupwara got all out for 55.

For Bradman XI Sopore , Idrees Mushtaq turned out as star performer with the ball taking four wicket haul.
In his four over spell, Idrees took four wickets and give only seven runs.

Idrees Mushtaq was adjudged as player of the match. 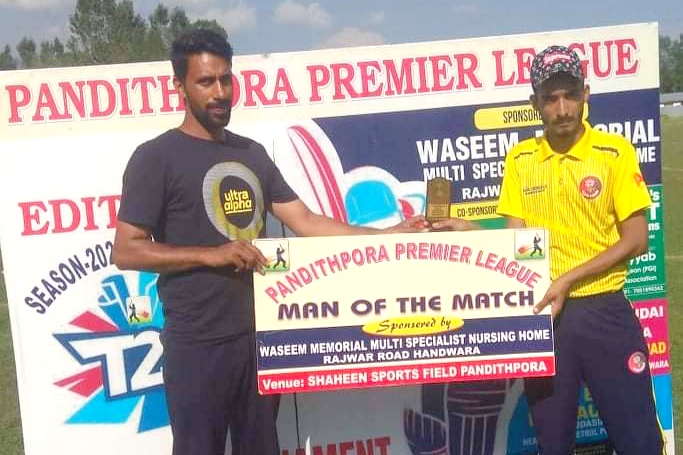