Kashmir Avengers FC dominated the match right from the start of the play and the helpless defenders of Iqbal Sports FC couldn’t match them.

At the end the score line read 6-0 in favour of Kashmir Avengers FC. Kalvin was declared as man of the match. 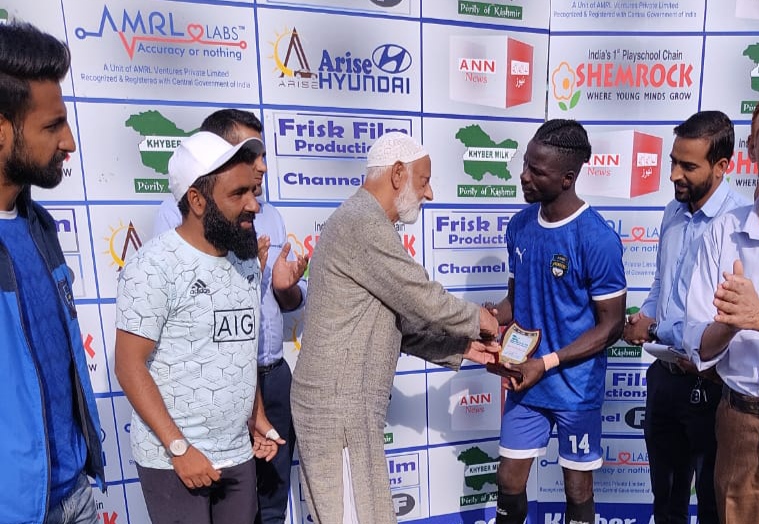