The first half seemed to be virtually dominated by Ali Jana FC. They made brilliant moves at the goal but their attempts were foiled by Goalkeeper of J&K Forest XI, who made some beautiful saves. Both the team got several chances to score but wasted all those and the first half ended with 0-0 draw.

In the 2nd half both teams attacked each other goalpost to take the lead & J&K Forest Succeeded in converting a goal through sameer in 60th Minute. After some time Ali Jana FC gathered momentum and made several moves at the goal and Kojo Obeng of Ali Jana FC levelled the score in 86th Minute. After few minutes Adil consolidate the lead for Ali jana FC in 88th Minute.

Trailing by a goal, the J&K Forest players launched several counter attacks on the opposite goalpost. But the defenders of the Ali jana FC kept them at bay., In the dying moment Bismark of Ali jana FC scored third goal. In the last 10 minutes of the match, the aggression of players from both the teams was visible as they tried desperately to score. However, as the referee blew the final whistle, the score line read 3-1 in favour of Ali Jana FC.

Adil of Ali Jana Fc was declared man of the Match. 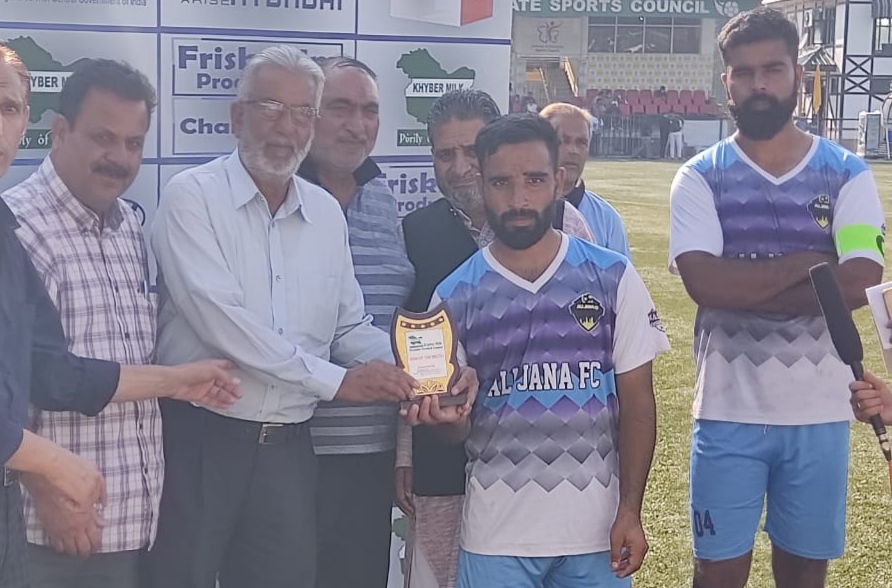