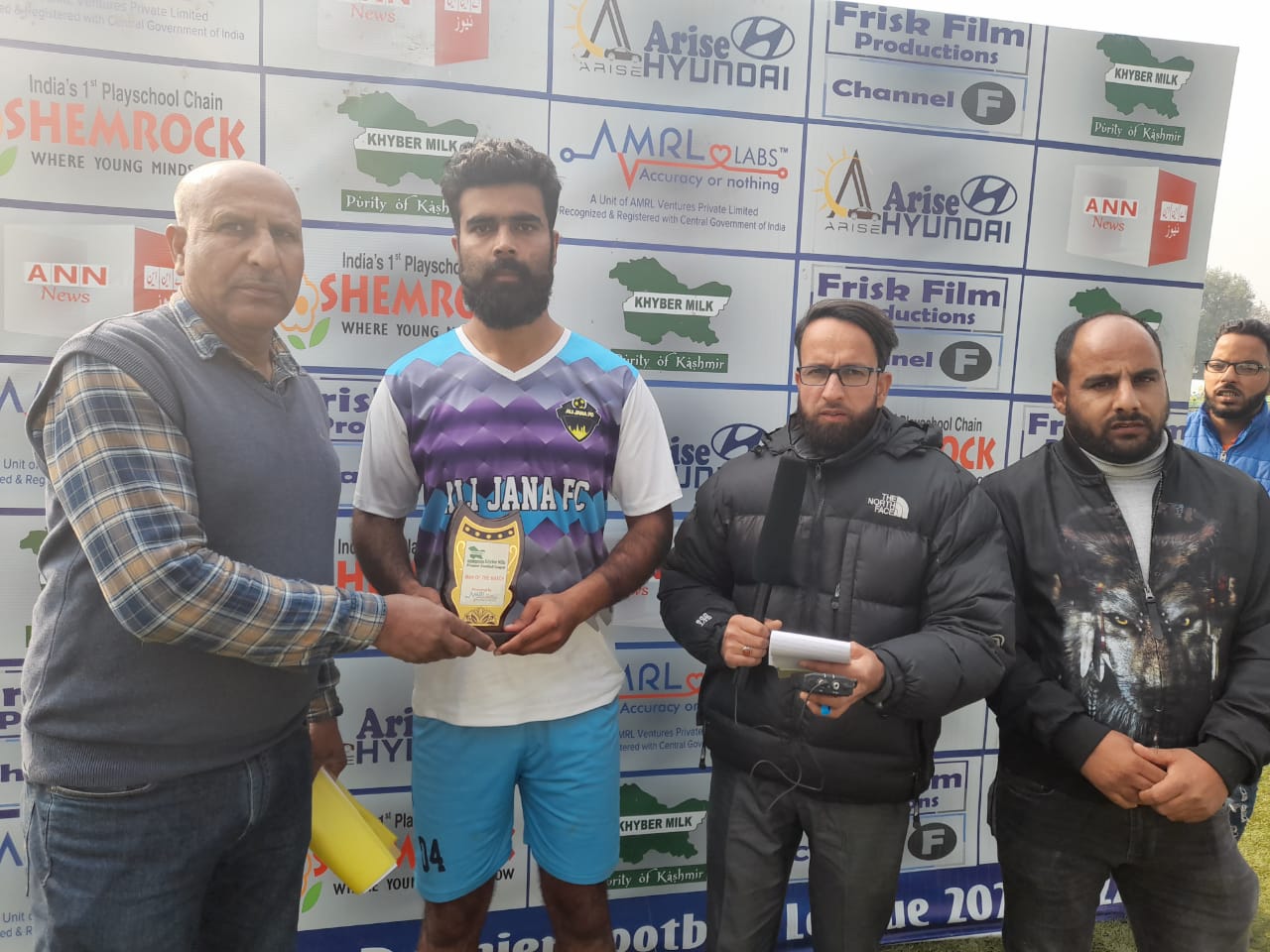 In the first half, both teams attacked each others’ goalpost frequently, but the defence lines withheld the pressure and didn’t allow any goals to be scored. In the 11th minute Shafqat of Ali Jana FC scored a goal. In 24th minute Yasir doubled the lead for Ali Jana FC. Ist half ended with 2:0 in favour of Ali Jana FC.

In the 2nd half RKFC kept their morale high and started attacking Ali Jana FC Goal but could not find the net .Shayik scored a splendid third goal in 45th minute and it was followed by another goal of Raghav in 75th minute. RKFC players tried hard to score & Zahid of RKFC find the net in 75th minute. At the end of the match, the score line read 4-1 in favour of the Ali Jana FC.