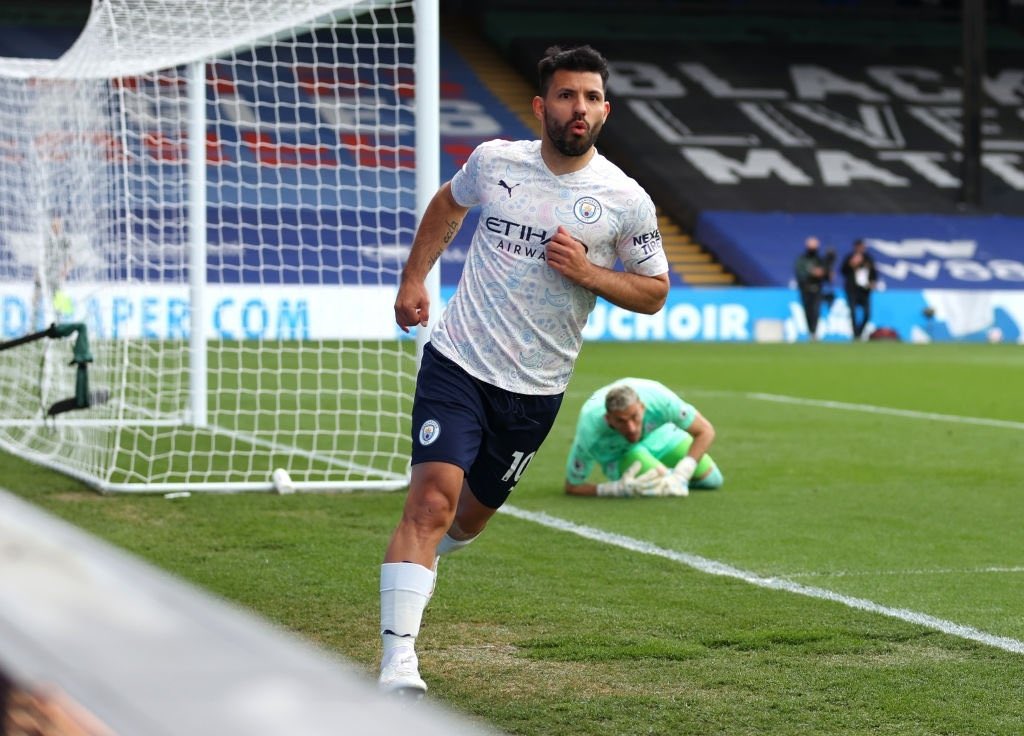 Srinagar, May 1: The legendary striker of Manchester City is back with the bang as Sergio Aguero shoot a stunning strike to hand his side win over Crystal Palace on Saturday in Premier League.
That incredible strike put Argentine one goal away from equalling Wayne Rooney’s record of 183 Premier League strikes for a single club.

With the help of Aguero’s opener on Saturday against Palace, Manchester City are now within touching distance of a third league crown in four years.

Meanwhile Aguero who is living legend in Manchester City folklores is to leave the Etihad Stadium this summer but can do so by moving ahead of Rooney’s record before saying goodbye.

This season it has been frustrating for Aguero who doesnt get enough of game time in his farewell campaign for City – this only his fourth start since October – but intends to go out with a bang.

Speaking after the match in a rare Television Interview Aguero said, ” Finally I could play, I’m so happy,’ the club’s all-time leading scorer”.

‘All I needed in the box was one touch or two touches. Finally I got the goal. I’m so happy about that,” he said.

He said that it was after longtime he played full 90 minutes and may be his strike may have secured title for City.

“It was a long time that I hadn’t played 90 minutes. The goal was good because maybe we can win the Premier League,” Sergio Aguero said.