As per statement J&K Bank dominated the scene right from the beginning and attacked the JK State Sports Council time and again trying to create an opening to score.

It was in the 6th minute of Ist half that Furqan of J&K Bank scored first goal. J&K bank Team scored two more Goals in 11th minute and 43rd minute through Furqan and Aakif. The half time score was 3:0 in favour of J&K Bank Team.

In the second half J&K Bank scored four more Goals and it was a one sided affair. Adnan, Faisal, Shahid & Toufeeq scored one goal each for J&K bank team and shattered the Sports Council Football Academy .

Furqan of J&K bank scored two goals and declared man of the match. 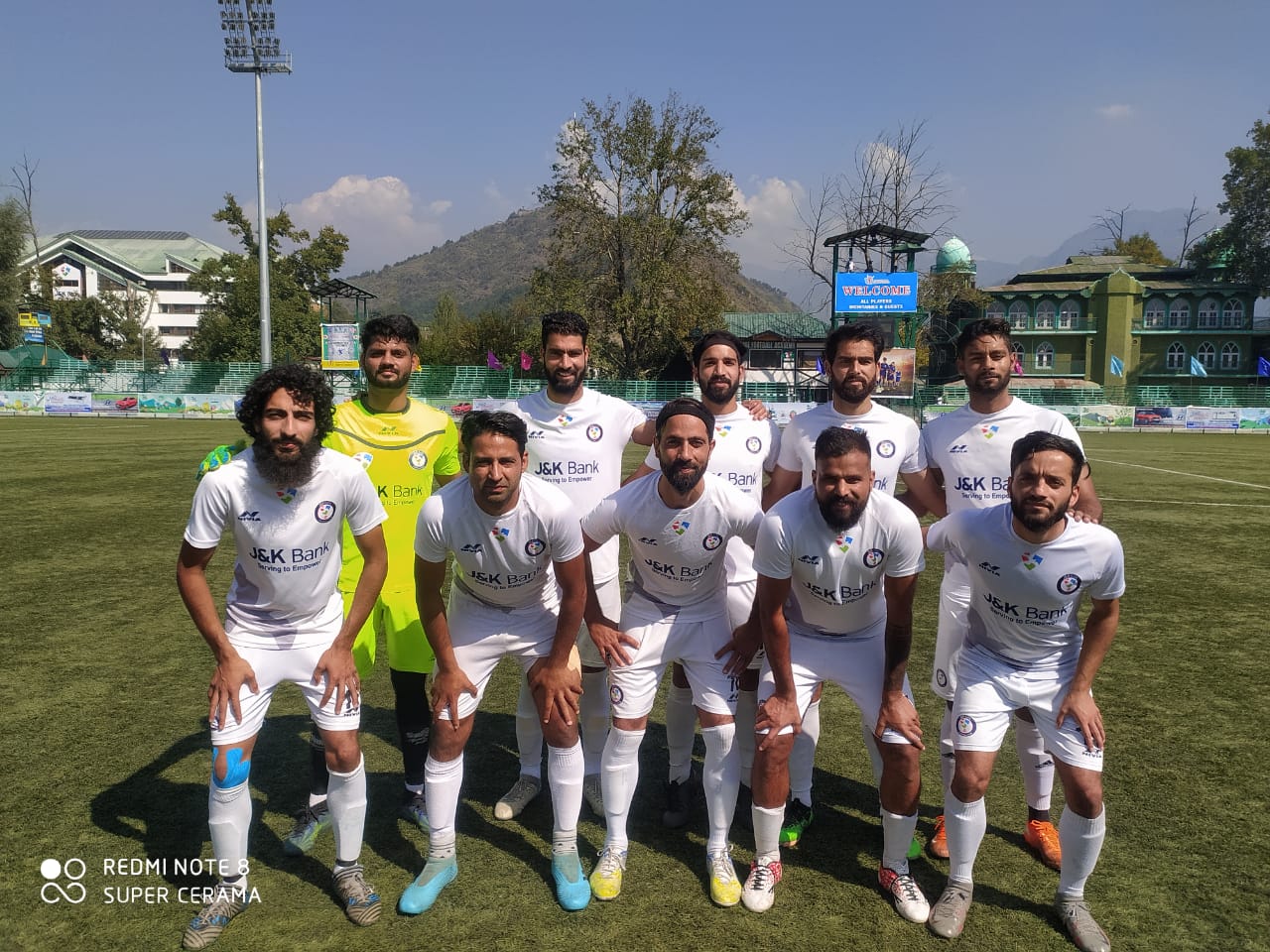