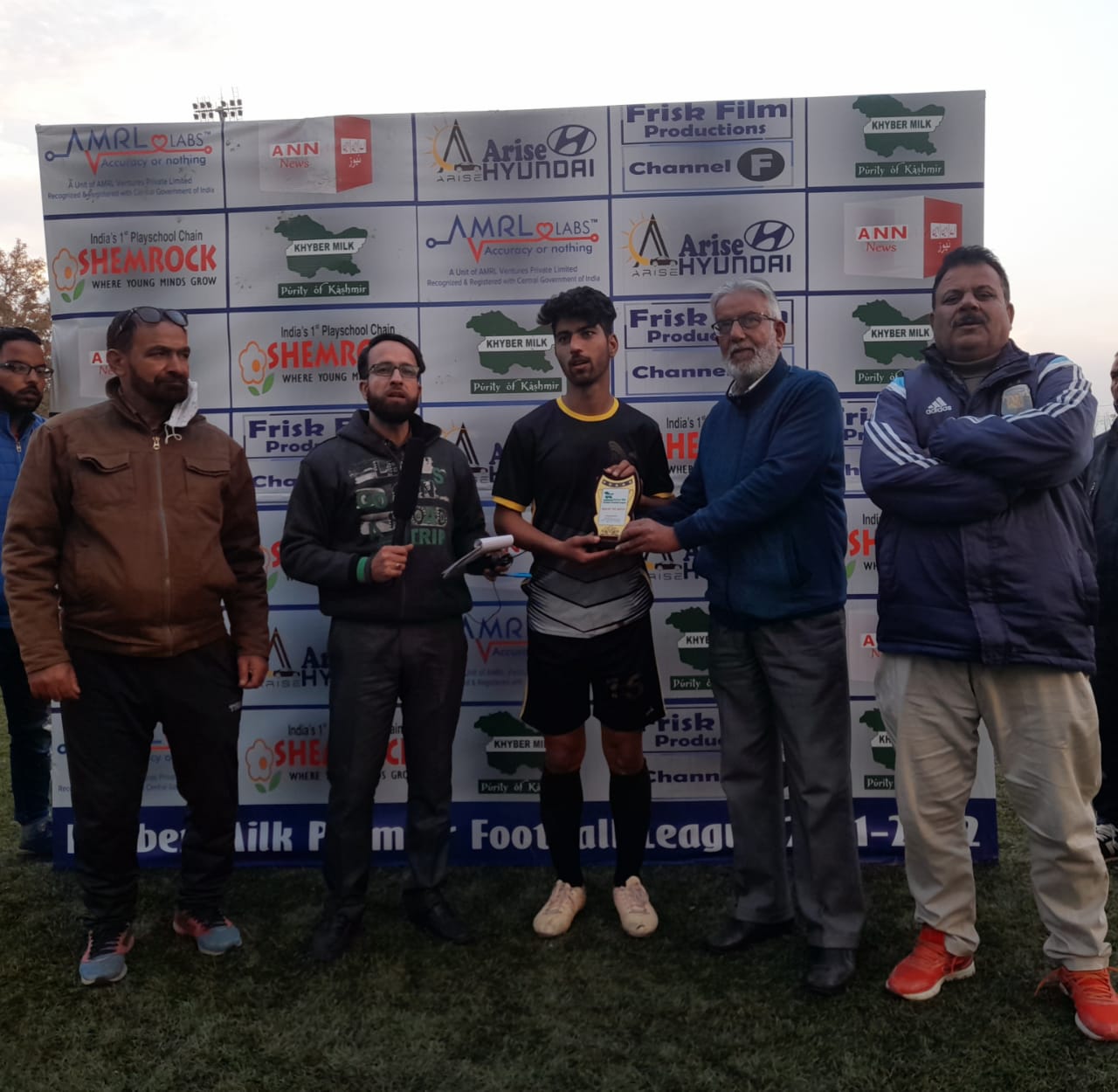 Srinagar, November 2: J&K Bank Football Club were grounded as they were beaten by J&K SPDC XI by 1-0 goals in the match of the Premier League at Synthetic Turf TRC Ground Srinagar on Tuesday, November 2.

The match started on aggressive note with JKSPDC XI putting Bank FC under pressure in the beginning. In the 20th minute their efforts bore fruit when Zaffar Ahmad made no mistake in converting a beautiful pass into a goal for JKSPDC.

J&K Bank XI tried hard to find an equalizer but could not succeed. The half time score was 1:0 in favour of JKSPDC.

The second half also proved to be mouth watering as no team was ready to give even an inch. Both the team players launched several counter attacks, but the goalkeepers of both the teams ensured no damage was done. When the referee blew the final whistle, the score line read 1-0 in favour of JKSPDC XI. Nadeem of JKSPDC was declared man of the match.

The tournament is organized by J&K football Association in collaboration with J&K Sports Council.