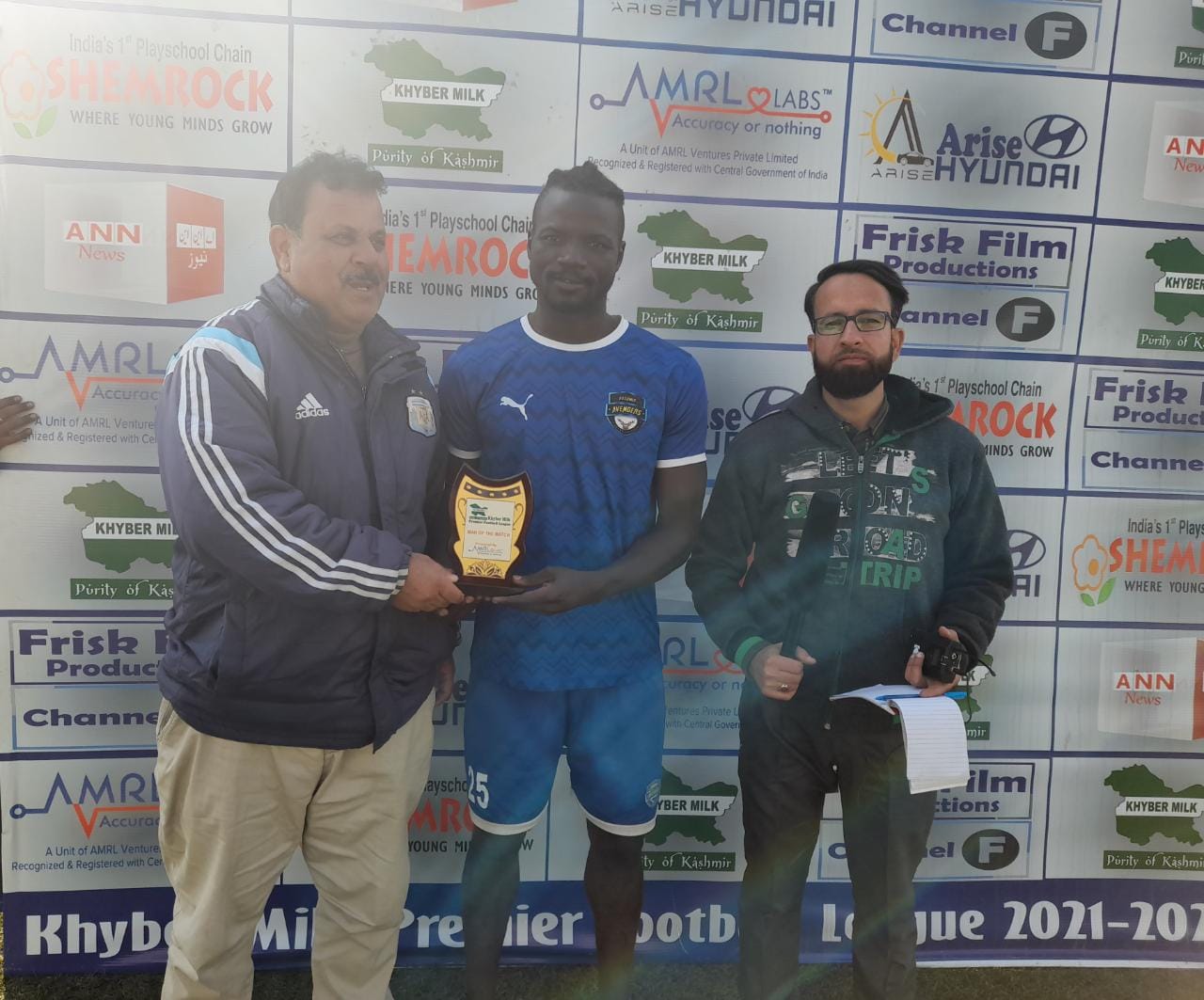 In the first half, both teams attacked each others’ goalposts frequently, but the defence lines withheld the pressure and didn’t allow any goals to be scored. In the 28th minute Kelvin of KAFC scored a goal. Ist half ended with 1:0 in favour of KAFC.

The 2nd half KAFC started with an aggressive note. Pathan of KAFC doubled the lead in 48th minute of the match and just ten minutes later Kelvin scored third goal and his 2nd Goal for KAFC. Junaid scored the fourth goal for the KAFC in the 80th minute of the match . The Novelty players tried their best to score, but the defence lines of KAFC thwarted all their attempts. Alok Singh of Novelty Fc scored the lone goal for his team. At the end of the match, the score line read 4-1 in favour of the Kashmir Avenger FC.

Kelvin was declared man of the Match.