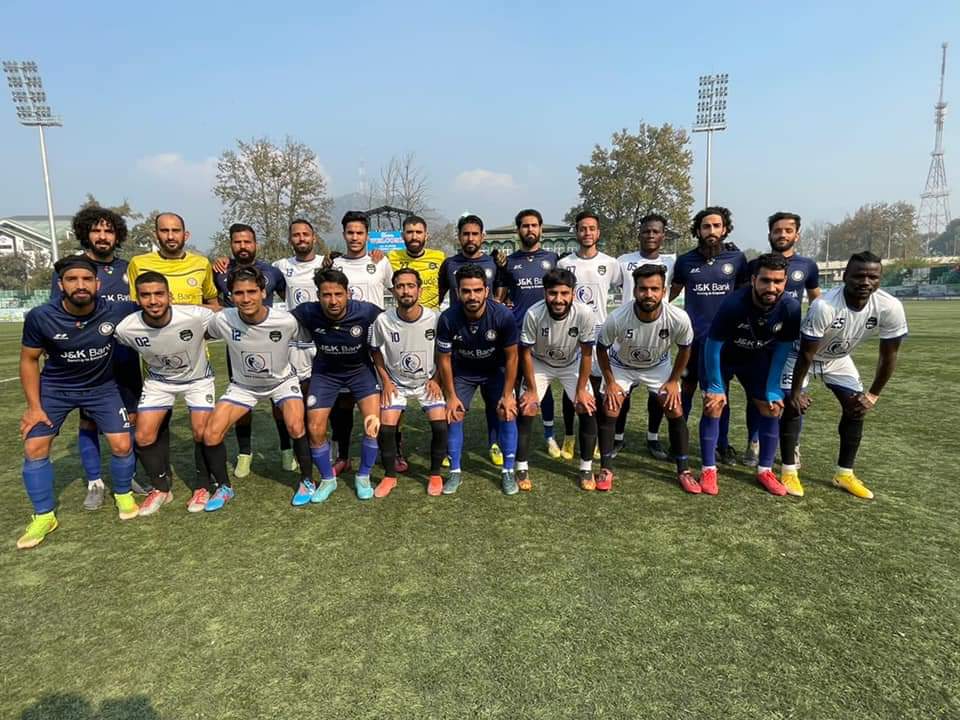 A large number of football fans had gathered at the venue to support their favourite teams. The match turned out to be a classic one as both the teams displayed their skill and kept their cool throughout the match.

In the first half, both teams attacked each others’ goalpost frequently, but the defence lines withheld the pressure and didn’t allow any goals to be scored.

The second half also proved to be mouth watering as no team was ready to give even an inch. In 75th minute of the match, Kalvin scored all important goal for Kashmir Avengers FC.