The match started with aggresive note, both tried to hard find the net but no one able to score in the first half.

The 2nd half started with an aggressive note and both teams trying to find an opening. In 44th minute Real Kashmir FC succeeded in scoring a goal through Owais.

The match ended with 1-0 in favour of RKFC (R). Owais of Real Kashmir was declared Man of the match 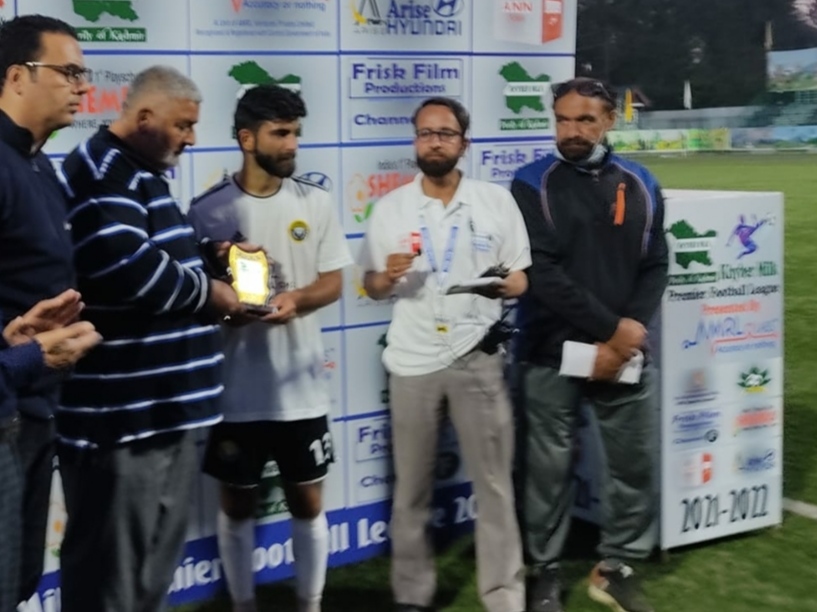