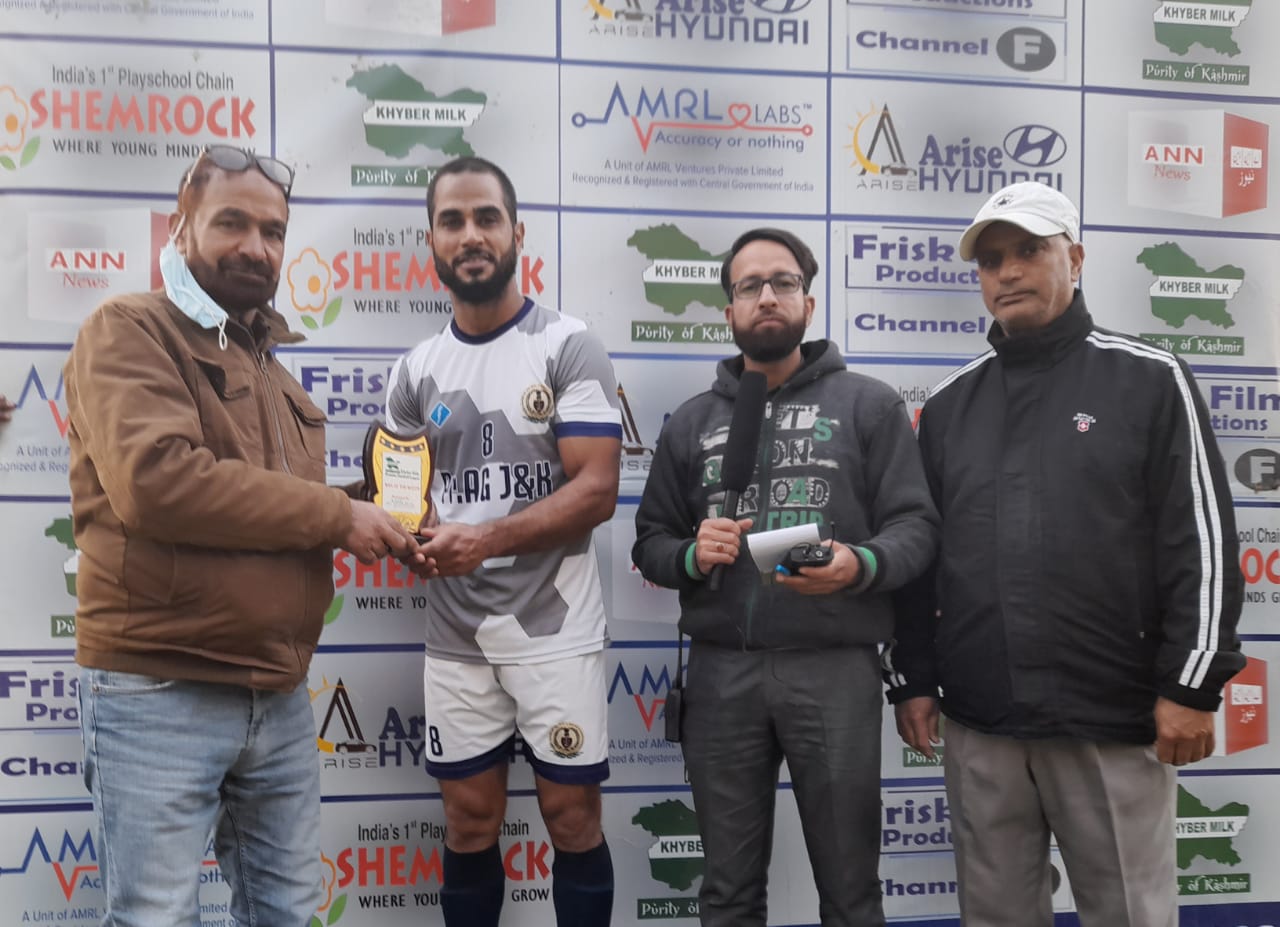 It is last group match of the league, AG’s Office needed win by a big margin in order to leap ahead of Downtown Heroes FC on goal difference . They did exactly what they needed as they crushed Forest XI by 5-1 goals.

In a one sided Match , the Ag’s players dominated the match from start till end and Forest players were no match to their quality play. The Ag’s team gave no chance of recovery to the opposite team. Shahnawaz opened the account for the winning team in 12th minute of the play while Amanjoot doubled the lead in 24th minute. The first half ended with Ag’s team leading by 2-0.

In the second half, the Ag’s forwards continued to attack the goalpost of Forest team and kept their defence lines under pressure. In 45th minute of the play, Shahnawaz made it 3-0 in favour of the Ag’s and just five minutes Shahnawaz Scored his hatrick and team’s 4th goal in 71st minute, In 77th minute of the play, Ifham scored fifth goal and sealed the fate of the match. Naseer Ahmad of J&K Forest scored lone goal for his team.Thus the match ended with 5:1 infavour of Ag’s XI. Thus Ag’s XI qualified for the Semifinal.

Shahnawaz was declared as player of the match for his brilliant play.