In the match both the teams entered the field with hope’s high. Both were aggressive from the very start trying to find the net. They exhibited quality play and got appreciation from the crowd.

The Ist half was full of attacks and counter attacks but no team was able to score and the first half ended goalless.

The 2nd half again started with a brisk note and both trying to take a lead. Man to man marking , perfect ball control were the main features of the match. A high voltage match saw many ups and downs and both the teams tried to make full use of the opportunities they got to score but could not succeed in finding the net.

However the J&K Bank in the 88th minut made a drastic move and scored a brilliant goal by Prem Kumar.

The spectators cherished the every moment of the game.Thus J&K Bank XI defeated Downtown Hero’s FC by a solitary goal. 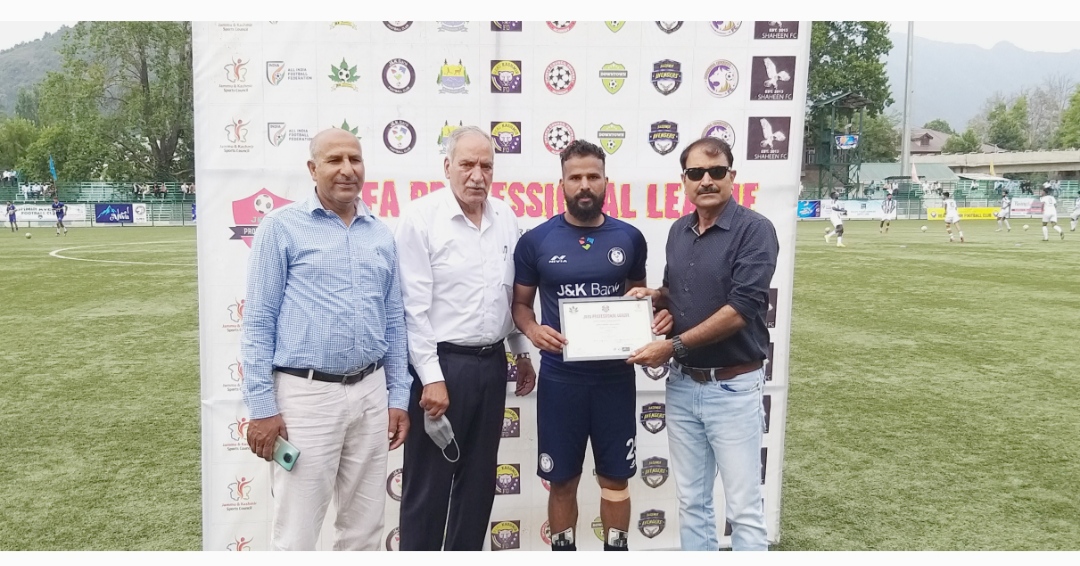