Both the teams right from the start of the match exhibited quality football, keeping the spectators on their toes. Their tactical play enthralled the audience.

As the match was played under flood-lights, it added extra charm to the game and every movement was enjoyed by the spectators.

Hyderya Sports Club made a superb move but failed to convert it into goal in the 30th minute of first-half. The first-half ended in a goalless draw.

However, finally in the 55th minute of the match, J&K Bank took the lead, thanks to a superb goal scored by Akif.

In the 75th minute, J&K Bank made a move and the cross from Adnan & Akif made no mistake by converting another goal through a splendid header and consolidated their lead.

Immediatel, the Bank players made a counter offensive and Akaif yet again found the net. This marked his hat-trick.

He wasn’t going to stop as he scored his 4th goal in the dying movement of the match. Prem Kumar also joined the party, hitting 5th goal in the closing movements of game. Thus J&K Bank defeated Hyderya Sports by 5 goals to one.

Aakif, for his breathtaking display of football, of was declared man of the match.

Meanwhile, before the start of the match, the 8 teams of the Professional League were introduced to Shri Alok Kumar, Principal Secretary YOUTH Service and Sports. He interected with the players and assured them that the Government is doing everything possible for the development of Sports in nook and corner of the UT, a press statement said.

Earlier, in the first match, Real Kashmir FC dominated the show and defeated SCFA by 5 goals to one. The scorers for RKFC were Sahil Khursheed, Basit, Ateeb and Zaffer while Parvez scored the lone goal for SCFA. The man of the match was trophy was given to Sahil Khursheed of RKFC. 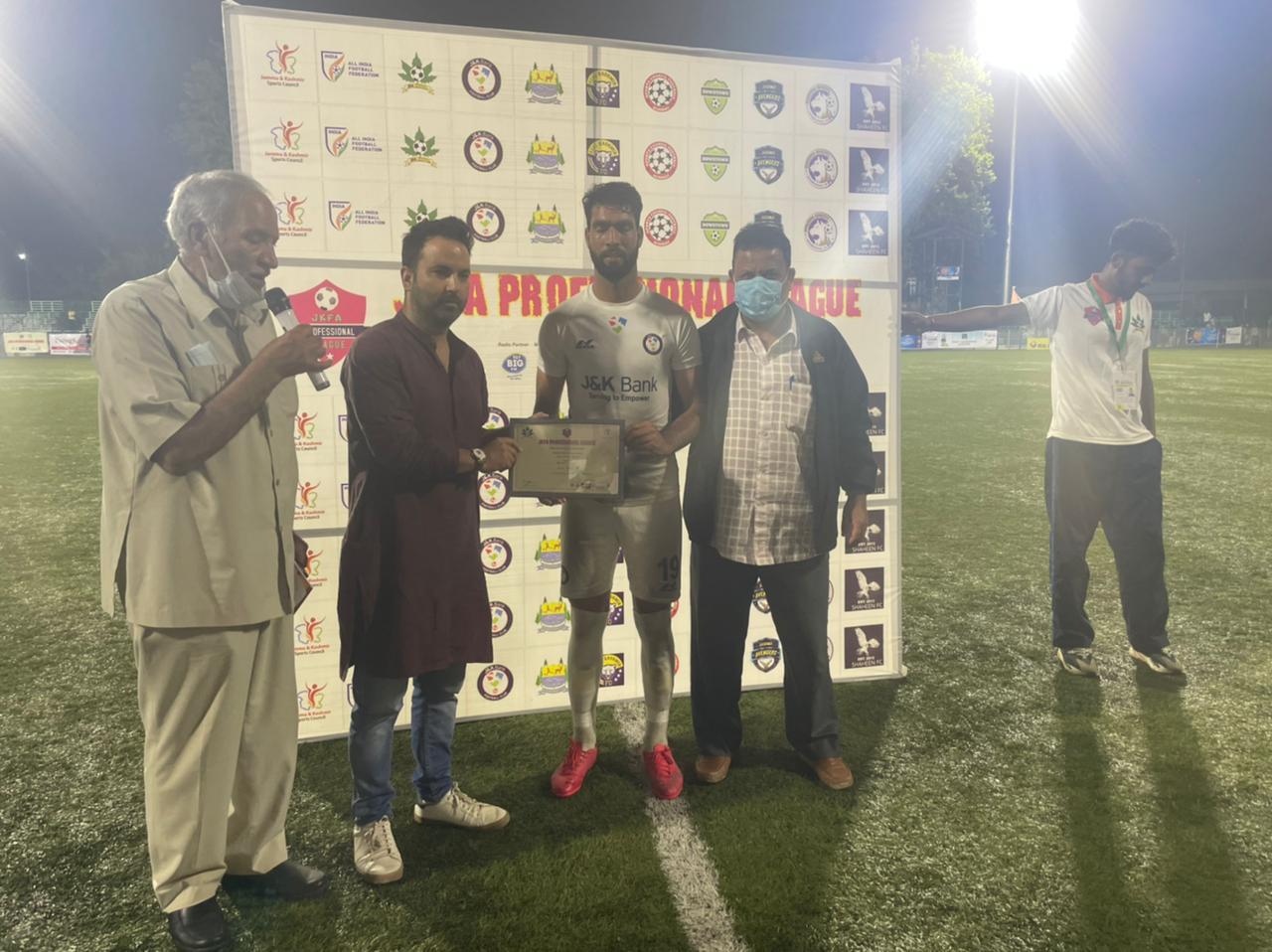