Abu Dhabi, June 15:Three-fers from Abrar Ahmed and Wahab Riaz and belligerent batting from Hazratullah Zazai guided Peshawar Zalmi’s to a comfortable six-wicket win over Karachi Kings in the 24th match of the HBL Pakistan Super League 6 at the Sheikh Zayed Cricket Stadium on Tuesday.

Chasing 109 to win, despite losing Kamran Akmal in the second over, Zalmi got off to a flying start. Hazratullah, the left-handed Afghanistan international known for his big hitting was a treat to watch as he took the charge to the Kings’ bowlers and scored his maiden HBL PSL half-century off just 17 balls – joint fastest in the HBL PSL history.

Hazratullah contributed 84 off 39 for the second-wicket with Haider Ali (16 off 16, three fours) which helped Zalmi chased down the target for the loss of four wickets with 54 balls spare.

Hazratullah top-scored with 63 off 26 smashing eight fours and four sixes.

For Kings, captain Imad Wasim picked two wickets for two runs, which included a double-wicket maiden over – ninth over of the innings.

The victory took Zalmi to second spot in the points table with 10 points from nine games (five wins, four defeats).

Kings who suffered their third loss in a row, are down to fifth spot of the six-team table with six points from eight matches (three wins, five defeats).

Earlier, after being put into bat, Karachi Kings got off to an awful start as they lost Babar Azam (first ball duck), Martin Guptill (four off seven), Chadwick Walton (first ball duck) inside the powerplay and were left reeling at 37 for four in the seventh over with the departure of Sharjeel Khan (25 off 24, two fours, one six).

At this stage Afghanistan left-hander Najibullah Zadran, who scored unbeaten 71 for Kings last night was joined by Imad.

The pair stitched 30 off 43 for the fifth wicket – the best partnership in the innings. Wickets continued to fall at regular intervals for Kings and at one point it seemed the defending champions would not even reach the 100-run mark.

That the Kings managed to play out the 20 overs was largely because of emerging all-rounder Mohammad Abbas Afridi who top-scored with an unbeaten 18-ball 27. Afridi struck three sixes and a four as Kings ended-up with 108 for nine – their lowest in the HBL PSL history. Their previous lowest (109 for nine) was also against Zalmi at the Sharjah Cricket Stadium in 2019. 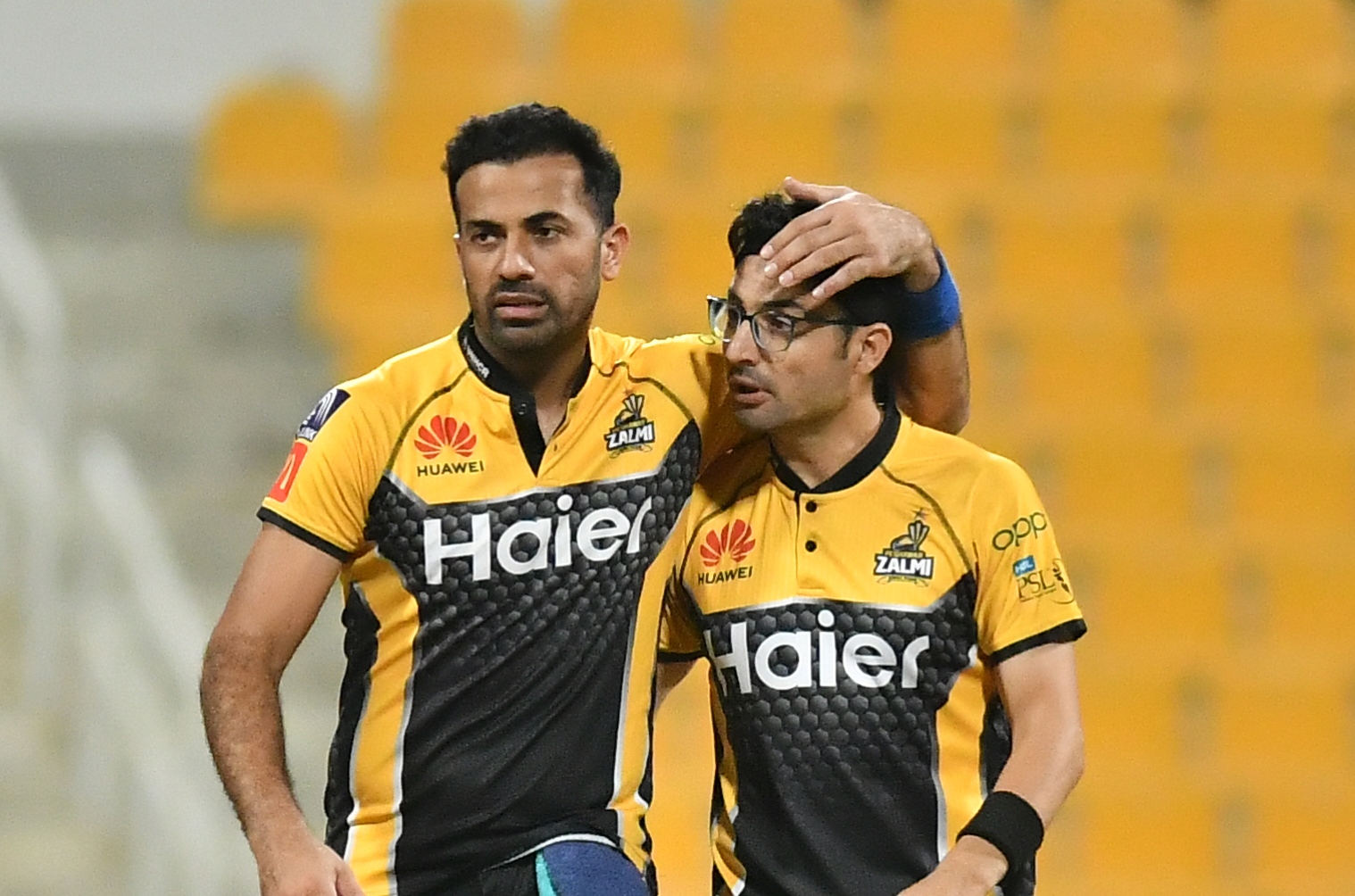