Peshawar Zalmi defeated Karachi Kings, the title defenders, by five wickets and one ball spare in Eliminator 1 of the HBL Pakistan Super League 6.

Two dropped catches of Sherfane Rutherford on the first and penultimate balls by Danish Aziza and Thisara Perera in Mohammad Ilyas’ last over saw Peshawar Zalmi get seven runs and cross the line.

Zalmi, the champions of the 2017 edition, will now play Islamabad United in Eliminator 2 on Tuesday and the winner will take on Multan Sultans in the final on Thursday.

Player of the match Hazratullah Zazai’s whirlwind 77 set the tone for Zalmi’s successful chase of 176. The Afghanistan opener smashed 10 fours and spanked five sixes in 38 balls and stitched an opening partnership of 49 with Kamran Akmal (13 off 12) and then added 43 more runs with Imam-ul-Haq (11 off 17). In both alliances, he took the lead role and made sure that Kings’ bowlers remained on the defensive. When he became Perera’s second wicket, Zalmi had, by then, accumulated 103 runs in 11.3 overs.

Shoaib Malik provided support in the middle-order with his 30 off 25, before Sherfane Rutherford (17 not out off 10) sealed the win.

Babar Azam scored his seventh half-century of the edition after Wahab decided to bowl after calling the toss right. Kings wickets fell on regular intervals after Sharjeel Khan (26 off 20) was dismissed in the sixth over and Babar struggled to find the desired support from the other end.

Perera played a handy knock in the middle-order scoring 37 runs at more than two-runs-a-ball as his 18-ball stay at the wicket was studded with four fours and three sixes. 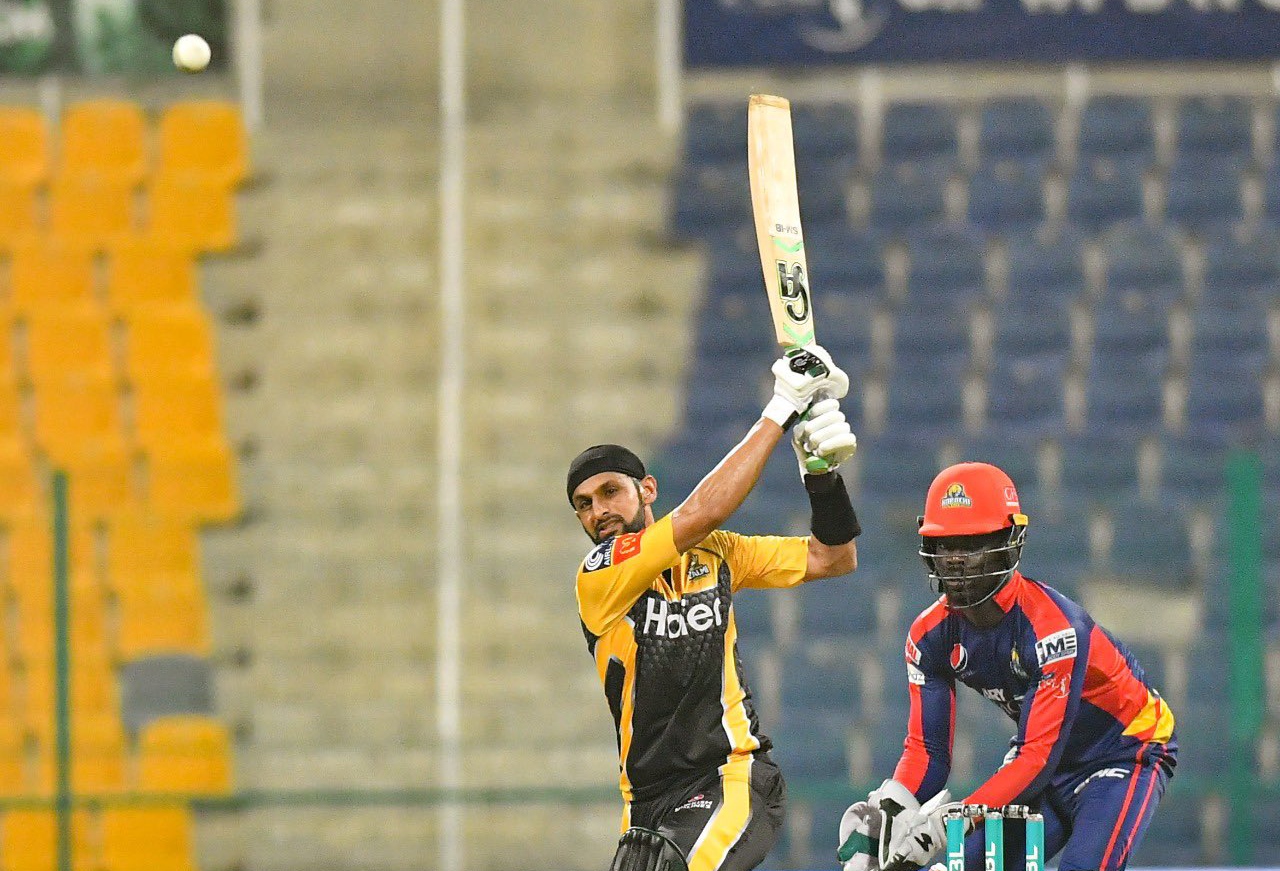