PSL 2021: Sarfaraz asked me to apologise for bouncer, why should I do that: Shaheen Afridi

CricketPSL 2021: Sarfaraz asked me to apologise for bouncer, why should I do that: Shaheen Afridi
Facebook
Twitter
WhatsApp
Copy URL 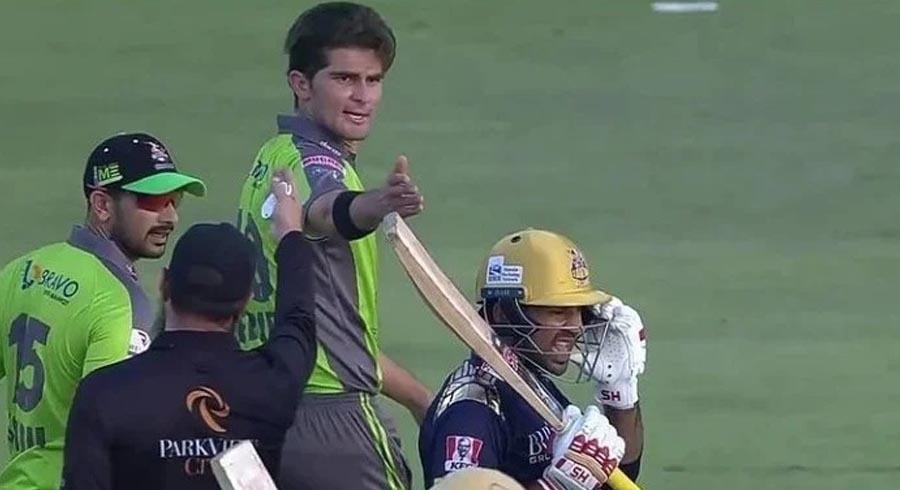 Srinagar, June 16: Pakistan premier pacer Shaheen Afridi and former skipper Sarfaraz Ahmed were involved in heated altercation during Pakistan Super League match on Tuesday and now the pacer has said that Quetta Gladiators skipper wanted to apologise for the bouncer .

During PSL match between, Quetta and Lahore Qalandars, a Shaheen Shah Afridi bouncer hit Sarfaraz on helmet . Soon Sarfaraz was seen saying something to Afridi who also was seen returning the favour .

Now as per report in Cricket Pakistan , it has been said that Shaheen was asked by Sarfaraz to apologise for the bouncer, which the youngster refused to do.

“He [Sarfaraz] asked me to apologise for the bouncer but why should I do that? It’s my right to bowl bouncers,” Shaheen was quoted as saying by the sources in Cricket Pakistan report.
. “As vice-captain I can also give instructions to other bowlers.”

Report further quoting sources said that Sarfaraz had urged Shaheen to ask about his well-being, after being hit on the helmet, which didn’t go down well with the pacer and he also asked fellow pacer Haris Rauf to bowl bouncers at the Quetta captain.

After the match, Shaheen and managers of both teams appeared before the match referee, Mohammad Anis.

The match referee reprimanded Quetta Sarfaraz Ahmed and Shaheen Afridi. The duo have also been advised to adopt a more cautious approach in future games as well.

PCB spokesperson also confirmed that no strict action was taken against the duo, however a warning was issued.