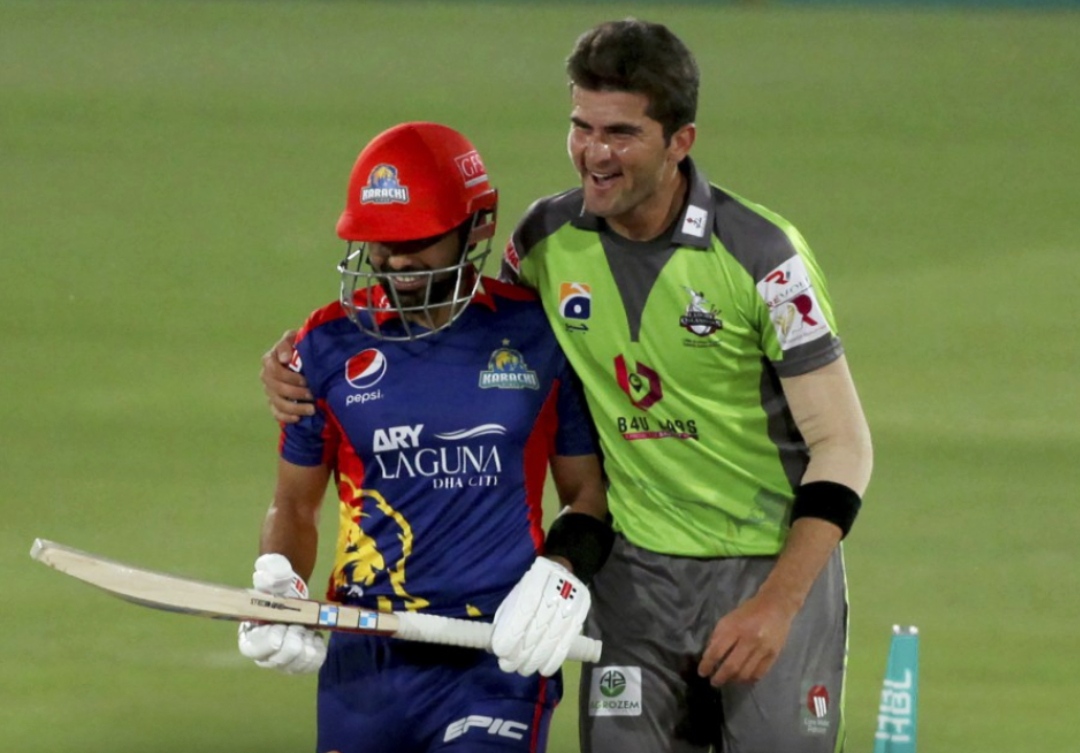 Lahore, January 19: Another season of Pakistan Super League 2022 is set to resume a fierce battle between Babar Azam and Shaheen Shah Afridi ready to unfold.

The seventh edition of the PSL, which will be played from 27 January till 27 February, will present the fans more such exciting competitions and one of the most sought-after face-off will be between the country’s best batter and pacer – Karachi Kings’ Babar Azam and Lahore Qalandars’ Shaheen Afridi.

Both cricketers have been an integral part of the national team’s set-up and played a crucial role for the side in a record-breaking 2021 in which Pakistan won 20 T20Is – the most by any team in a calendar year.

They enter the PSL 7 in red-hot form.

Babar added 1,779 to his tally of 7,471 T20 runs in the last year and was the second best batter – in terms of runs – behind his Pakistan opening partner Mohammad Rizwan. The right-hander struck two centuries and 18 half-centuries, averaged over 48 and scored his runs at a strike rate of 131.38.

Shaheen was one of the four pacers to take more than 50 T20 wickets in 2021. The left-armer’s thunderbolts added 51 scalps – at 21.50 runs apiece – to his account at a strike rate of 16.4. He leaked 7.82 runs, on average, in 2021 – which is a testimony to his extraordinary control in all phases of the innings, considering how unforgiving this format has been for bowlers.

Babar and Shaheen have faced-off seven times in the HBL PSL and the honours have somewhat remained even. Shaheen has bowled 46 deliveries to Babar in which he has gotten him out once – bowled, off stump knocked over, in the last PSL. Babar has scored 73 against Shaheen, hitting 12 fours.

Babar is yet to smack Shaheen for a maximum.

The two are expected to meet in the powerplay and both boast extraordinary record in the first six overs in an innings in PSL. Shaheen’s economy of 6.66 is the best amongst the pacers with at least 10 wickets and Babar averages a staggering 77.42 – the highest for a batter with 500 runs in this phase – and has only been dismissed seven times in 34 innings.

What further spices up the rivalry between these two is the fact that Babar and Shaheen will be leading their sides after the 21-year-old pacer was recently appointed as Lahore Qalandars’ captain.

When the two sides meet at Karachi’s National Stadium on 30 January and Lahore’s Gaddafi Stadium on 18 February, Lahore Qalandars will hope to improve their head-to-head against Karachi Kings as the Qalandars have won five off the 13 games (one decided on Super Over) and lost all others.

Karachi Kings’ captain Babar Azam“The HBL PSL has played a phenomenal role in the growth and development of Pakistan cricketers. I first began to open in competitive T20 cricket in PSL and it helped immensely in my transformation.

“Facing Shaheen is always a thrilling proposition as he asks a lot of questions. His searing pace, ability to bring the ball back and guileful variations keep a batter judging. He has a passion to learn and, over the years, has developed this phenomenal ability to adapt to conditions quickly.

“It will be a tough, but an exciting battle and I look forward to facing Shaheen once again. I am sure, the fans are also eagerly awaiting it.”

Lahore Qalandars’ captain Shaheen Afridi“The PSL has been a launching pad for me and many fast bowlers. You want to play tough and competitive cricket at the domestic level to help you prepare for the international stage and that is exactly what this league has done for me. That five for four against Multan Sultans at Dubai instilled self-belief and gave confidence that I can excel.

“Babar is a tough cookie and his solid technique tests you whenever and wherever you bowl at him. Wearing a soft smile on his face, he will dispatch you to boundary in every part of the ground and nullify all your plans.

“The battle with Babar will be an interesting one in front of both Karachi and Lahore crowds. I will be enjoying it for sure and I hope the fans will also have fun watching it.”