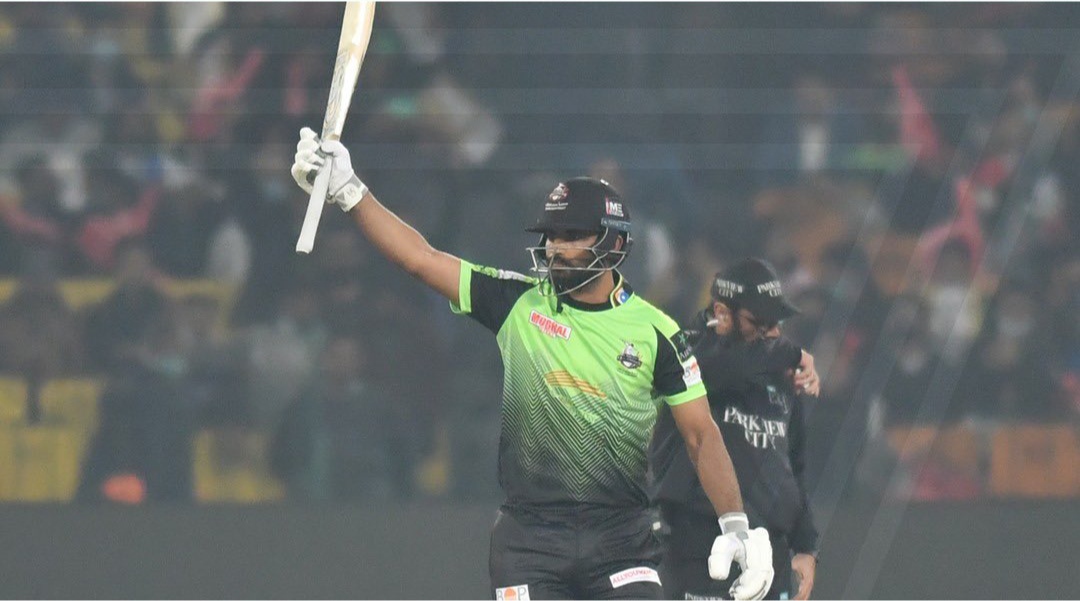 Lahore, Febuary 11: Backed by passionate support of home fans, Lahore Qalandars brought an end to Multan Sultans’ unbeaten run in the HBL Pakistan Super League 7 in the 17th fixture of the tournament played at the Gaddafi Stadium, Lahore on Friday night. An outstanding bowling effort led by Zaman Khan’s three-for ensured a 52-run win for the Qalandars.

Sultans opted to bowl first after winning the toss, Qalandars opener Fakhar Zaman (player of the match) continued his outstanding run with the bat in the tournament with another 50 plus contribution. The left-hander hit five fours and two sixes in his 60 off 37 balls which took his runs tally to 416 (most in the ongoing season).

Fakhar added 86 for the second-wicket with Kamran Ghulam who contributed 42 off 38 balls (six fours). The seasoned Qalandars batter Mohammad Hafeez posted his highest score of the ongoing season, the right-hander upped the ante in the death overs after a slow start as he slammed three sixes and one four in his 29-ball 43.

Phil Salt provided the finishing touch to the Qalandars 182 for four total with an unbeaten 26 off 13 balls (two fours, one six). Anwar Ali, Imran Tahir, Shahnawaz Dahani and Abbas Afridi took a wicket apiece for the Sultans.

After losing opener Shan Masood (8) to Qalandars captain Shaheen Shah Afridi, Sultans were pegged back by some disciplined Qalandars bowling. Sultans skipper Mohammad Rizwan (20) added 44 for the second-wicket with Sohaib Maqsood (29) but failed to score at the required run-rate. Rizwan was castled by Rashid Khan in an attempt of breaking the shackles, Rashid then dismissed Rilee Rossouw the next ball for a duck as Sultans stuttered in the chase.

Sohaib and Tim David (24) were dismissed in quick succession while Khushdil Shah’s 22 was a case of too little too late for the Sultans.

Sultans were sent packing for 130 in 19.3 overs to hand Qalandars a comprehensive win. Zaman took three wickets for 21 runs in 3.3 overs. Haris Rauf, Shaheen and Rashid took two wickets each.

Despite the loss Sultans retain their top position on the points table with 12 points from seven games, Qalandars have now surged to the second spot with eight points (four wins) in six games.

“I am trying to bat ball to ball and play a long innings. If I get through the initial phase, I aim to bat for at least 10 overs and build from there. The pitches in Karachi were more conducive for batting, here in Lahore one needs to spend more time and adapt to the conditions. This is a huge win for us as we strongly felt we could beat Multan, it was an incredible atmosphere and we always enjoy playing in front of the Lahore crowd. I am sure once we have 100 % crowds, the atmosphere would be even better,” said player of the match Fakhar Zaman.