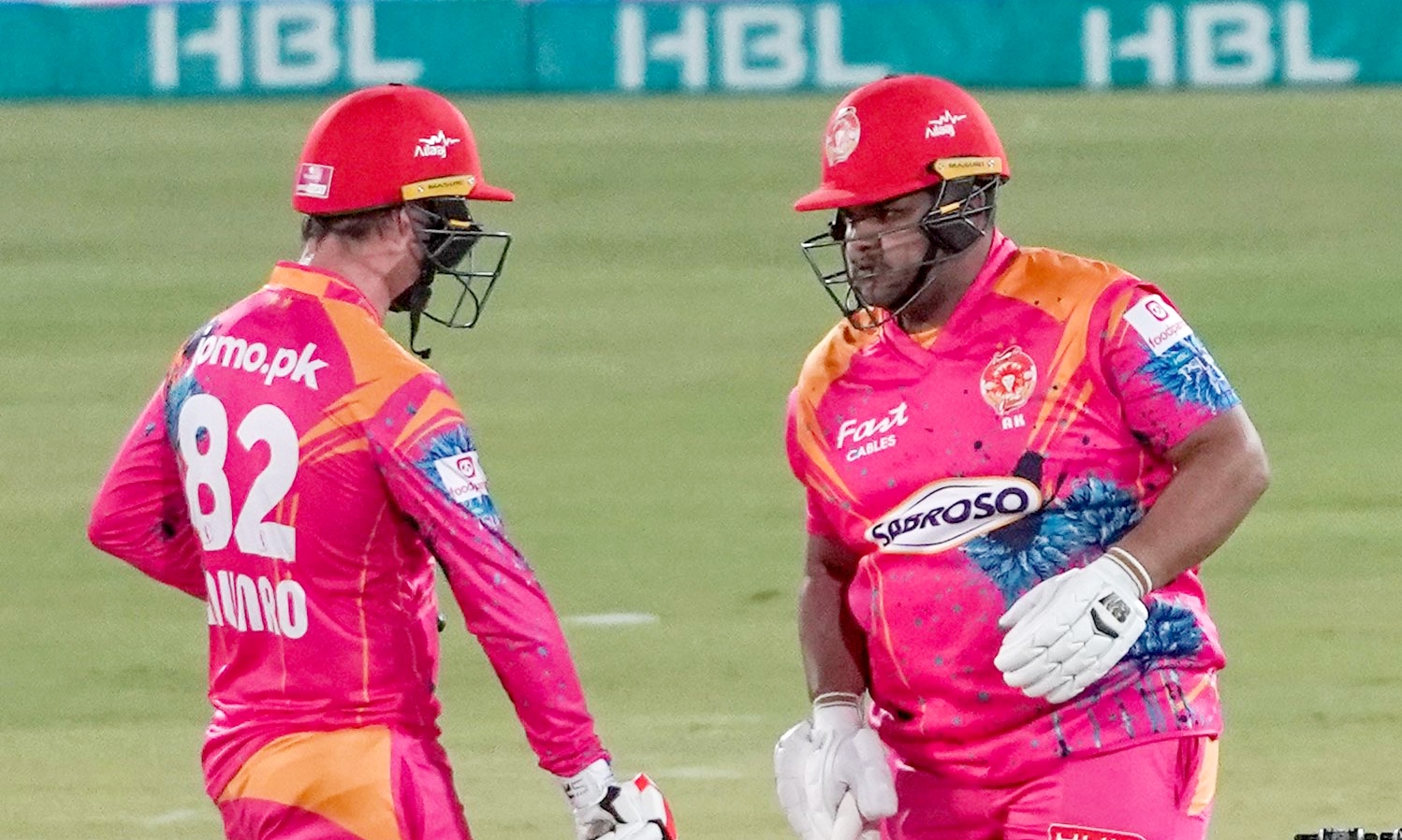 Karachi, Febuary 4: Islamabad United clubbed 17 fours and 15 sixes, and Quetta Gladiators reciprocated with 15 fours and nine sixes as the former won a 415-run aggregate match by 43 runs in the Pakistan Super League- PSL 2022 at the National Stadium on Thursday.

Colin Munro slapped three fours and five sixes in a 39-ball 72 not out, Azam Khan belted two fours and six sixes in a 35-ball 65, Paul Stirling canned seven fours and three sixes in a 28-ball 58 and Alex Hales struck five fours in a nine-ball 22 as Islamabad United collected 229 for four after being put into bat.

Quetta Gladiators looked clueless in their run-chase, which was further compounded by accurate bowling and athletic fielding to be bundled out for 186 in 19.3 overs after they had slipped to 110 for seven before Mohammad Nawaz and James Faulkner added 76 runs for the eighth wicket.

The result means Islamabad United notched up their second win in three matches to leapfrog Lahore Qalandars into second place on net run-rate. Multan Sultans sits on top of the table with eight points, while Quetta Gladiators have remained on two points from four matches, followed by Peshawar Zalmi and Karachi Kings.

Islamabad United had made their intentions clear from the outset when they almost batted Quetta Gladiators out of the match by racing to 81 for one in the PowerPlay overs. It was no surprise, they scored 148 from the remaining 12 overs, including 51 off the last 30 balls.

The launching pad was provided by the destructive opening pair of Hales and Stirling who put on 55 runs for the first wicket in four overs. Stirling then added 47 runs for the second wicket with Munro.

After Shadab Khan’s brief stay, Munro and Azam got together to send Quetta Gladiators on a leather chase as the spectators ducked for cover. The two batters put on 93 runs for the fourth wicket off 52 balls.

Shahid Afridi was at the wrong end of the stick when he went for 67 runs from his four overs, the most expensive figures in PSL history.

In their run-chase, Quetta Gladiator managed only 54 for one in their PowerPlay overs, resulting in the required run-rate vaulting to over 12. And when they plunged to 110 for seven in the 14th over, it was all over for Gladiators.