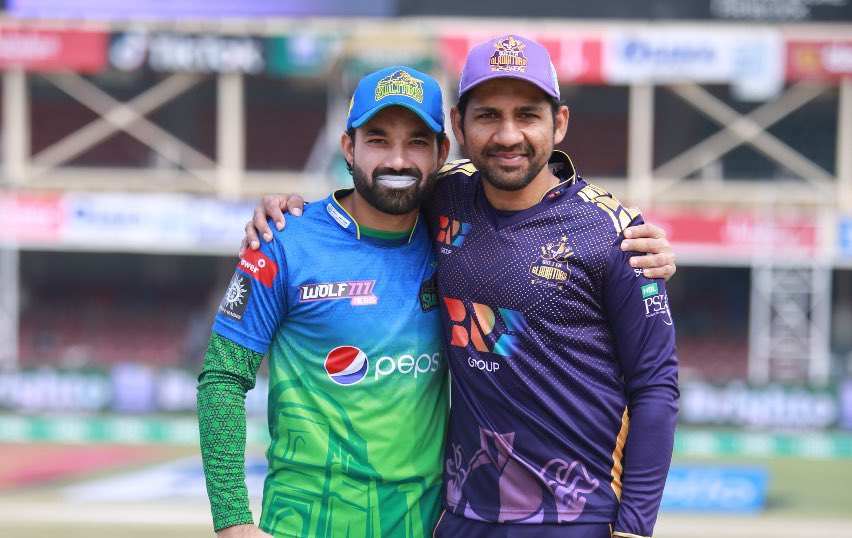 Lahore, Febuary 18: Defending champions Multan Sultans qualified for the 23 February Qualifier of the HBL Pakistan Super League 2022 with a punishing 117 runs victory over a hapless Quetta Gladiators in front of an almost full-house at the Gaddafi Stadium on Friday.

In turn, Umar Akmal and Jason Roy provided entertainment to a festive and cheerful crowd but the 246-run target proved to be an uphill task as Quetta Gladiators were bowled out for 128 in 15.5 overs. Umar scored a 23-ball 50 (two fours and six sixes), while Roy scored a 19-ball 38 (seven fours and a six).

Friday afternoon’s match result means Multan Sultans are now on 16 points and irrespective of how their last league match against Islamabad United on 20 Feb pans out, they will finish in the top-two of the six-team tournament. Sultans’ victory also ensured Lahore Qalandars and Peshawar Zalmi also progressed to the play-offs.

In contrast, the only way the Quetta Gladiators (currently on six points from nine matches) can keep alive their slim chances of qualifying for the play-offs is:

Rizwan continued with sparkling form with the bat with a 54-ball 83 not out that included seven fours and three sixes. Rizwan added 119 runs for the first wicket with Shan (57 off 38 balls with six fours and a six).

Rizwan then featured in a blistering 103-run second wicket partnership in just 33 balls with Rossouw as the latter creamed Quetta Gladiators bowling at will to all parts of the park.

Rossouw dominated the stand as he slapped nine fours and four sixes in a 26-ball 71. He reached his half-century from 20 balls.

Shan has now aggregated 453 runs from nine matches, while Rizwan has scored 428 runs in as many matches. Fakhar Zaman of Lahore Qalandars sits ahead of the two on 469 runs in seven matches.