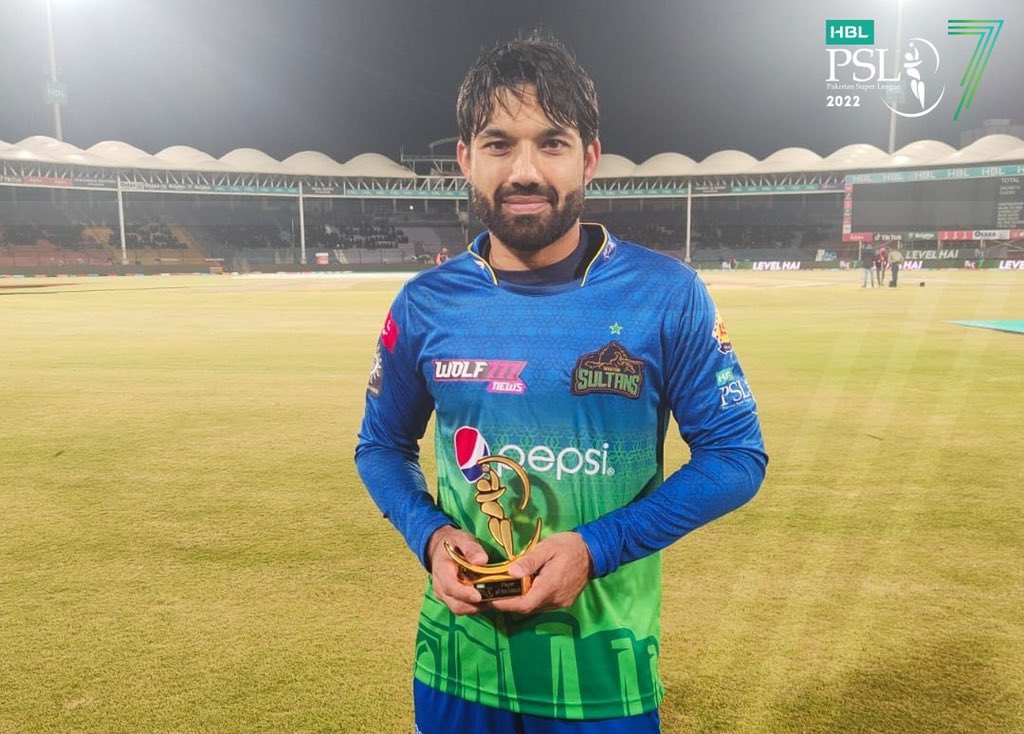 Karachi, Febuary 6: Multan Sultans made history when they won their seventh successive match in the Pakistan Super League by virtue of 57 runs victory over Peshawar Zalmi in the 13th match of the seventh edition of the PCB’s marquee event at the National Stadium Karachi on Saturday. For defending champions skipper Mohammad Rizwan lead from the front.

After winning the Qualifier and the final in Abu Dhabi in 2021, Sultans have clinched their fifth successive victory in the 2022 competition to stretch their unbeaten run to seven matches. They beat the record of Islamabad United who had won five straight matches in 2016 and then the opener in 2017.

After reaching 89 for one in 10 overs and 148 for two after 15 overs, Sultans turned ruthless when they scored an incredible 74 runs from the last five over. Their innings was studded with 16 four and 12 sixes.

The pace and spin combination of Shahnawaz Dahani and Imran Tahir then combined to break the back of Peshawar Zalmi’s top-order as the men in yellow finished at 165 for eight after slipping to 119 for seven.

However, a holiday crowd were treated with some brutal display of batting as Rizwan scored a 53-ball 82 with eight fours and a six, David slapped six sixes and two fours in a 19-ball 51 not out and Khushdil belted three sixes in Wahab Riaz’s last over of the innings on way to a seven-ball 21 not out.

While reaching his half-century from 18 balls, David joined Ireland’s Paul Stirling with fastest 50 in HBL PSL 2022. The record of 17-ball half-centuries is shared between Kamran Akmal and Asif Ali.

The two batters put on 69 runs in 31 balls and though Rizwan departed at the score of 196, the onslaught continued as the last eight balls went for 24 runs with Khushdil scoring 21 off seven balls.

David showed his intentions as soon as he walked out by clobbering Usman Qadir for a six and followed up with four. It was no stopping the 25-year-old Singapore batter as he smashed Saqib Mahmood for two sixes and hit Mohammad Umar, Wahab Riaz and Salman Irshad out of the park once each.

Wahab Riaz had a forgettable evening when he went for 55 runs from his four overs. Salman Irshad conceded 38 runs and Saqib Mahmood gave away 37 runs from his three overs.

Peshawar Zalmi were never in the game as they regularly lost wickets. Ben Cutting was the top scorer with a 31-ball 52 not out, while Hazratullah Zazai scored 43.