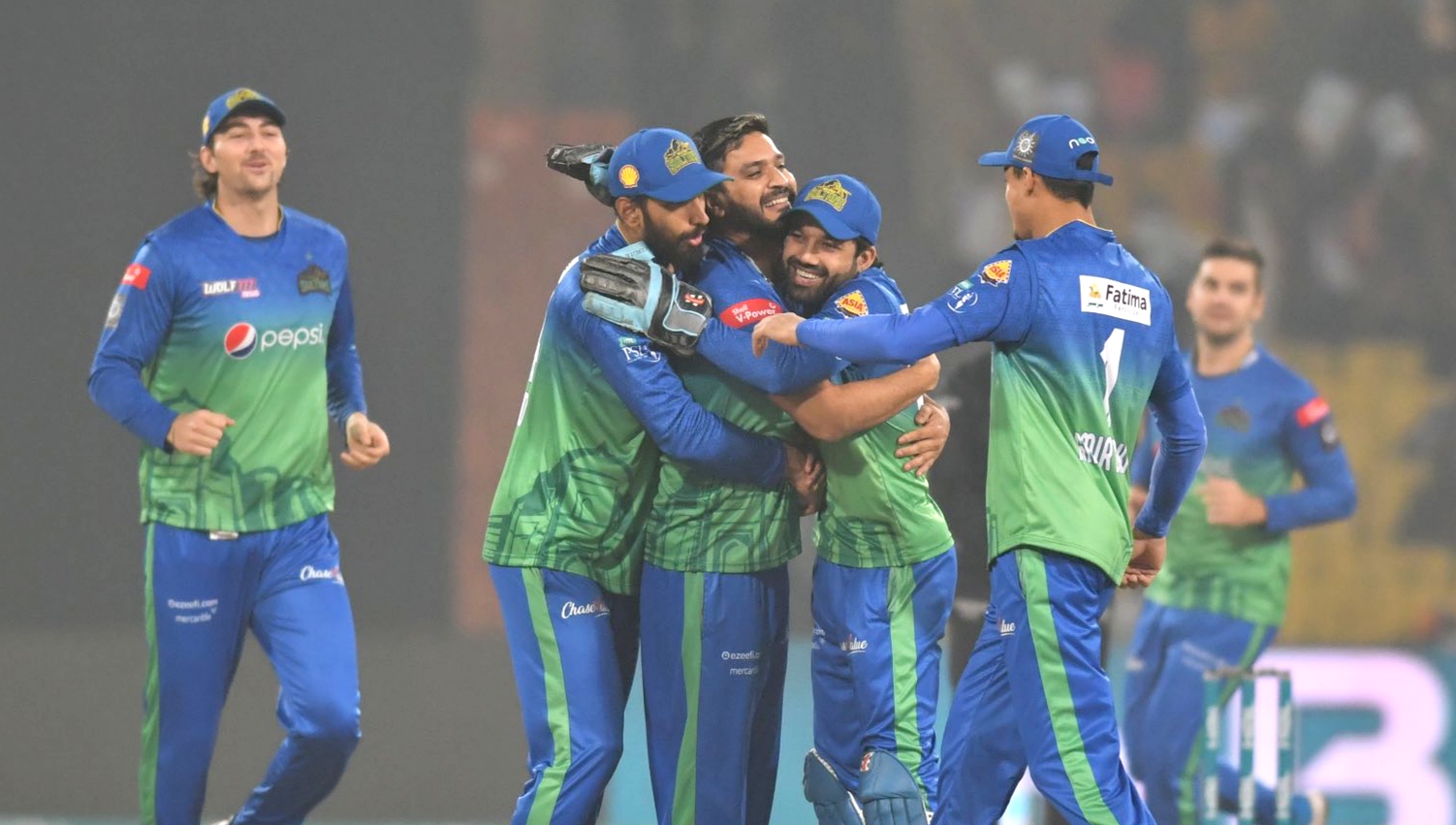 Lahore, February 17: Multan Sultans skipper Mohammad Rizwan led from the front as his side overcame a stiff challenge from the winless Karachi Kings to register their seventh win out of eight round matches in the 23rd match of the HBL Pakistan Super League 7 played at the Gaddafi Stadium, Lahore on Wednesday night.

Sultans were set a 175-run target, Shan Masood and Rizwan provided their side a 100-run start to the chase. Kings however, remained in the game as their bowlers kept a check on the Sultans scoring rate. By the time Shan (45 off 41, six fours) was dismissed by Mir Hamza – 15th over, the asking rate had climbed past 13 runs per over.

Rizwan (76 off 56, eight fours) upped the ante after Shan’s departure with five fours in a space of seven balls. Rizwan took 18 off the 16th over bowled by Umaid Asif before hitting another boundary off Chris Jordan. Jordan hit back by having Rizwan caught by Qasim Akram to reignite Kings’ hopes.

It came down to 29 off the last 12 balls, Khushdil Shah played a series of sensational shots off Jordan as the experienced English bowler conceded 20 runs with Khushdil hitting two sixes and one four.

The match was finished by a magnificent strike by Rilee Rossouw over mid-wicket off the third ball of the final over bowled by Umaid as Sultans finished the match with three balls to spare. Sultans ended-up scoring 71 runs off the last 27 balls.

Sultans are now firm favourites to finish in the top-two in the play-offs (14 points from eight matches). Kings’ are still searching for their first win of the season (eight matches, eight defeats), the 2020 champions have already been eliminated from the play-off race.

Kings won the toss and opted to bat first. After the early loss of Babar Azam, Sharjeel Khan and Joe Clarke added 72 runs for the second-wicket. Sharjeel hit two sixes and a four in his 36. Clarke played some scintillating shots in his 40 off 29 (three fours, two sixes).

Rohail Nazir and Mohammad Nabi provided impetus to the innings with their breezy 21-run contributions off 12 and 15 balls respectively.

Imad Wasim who hit a 50 in Kings one-run loss to United in the previous match provided the finishing touches to the total with an unbeaten 32 off 16 (five fours, one six), Kings posted 174 for six in their 20 overs.

“We didn’t play as well as we could have, our bowling wasn’t up to the mark and we allowed them to score extra runs. The real credit for the win goes to Khushdil and Rossouw as they played remarkably well to finish the game for us, Shan and I didn’t quite bat at the required rate. The pitch was a bit challenging and it wasn’t easy to score runs because of the double pace. We will provide chances to our youngsters in the remaining group matches our plan would be to sustain the winning momentum,” Player of the match Mohammad Rizwan said.