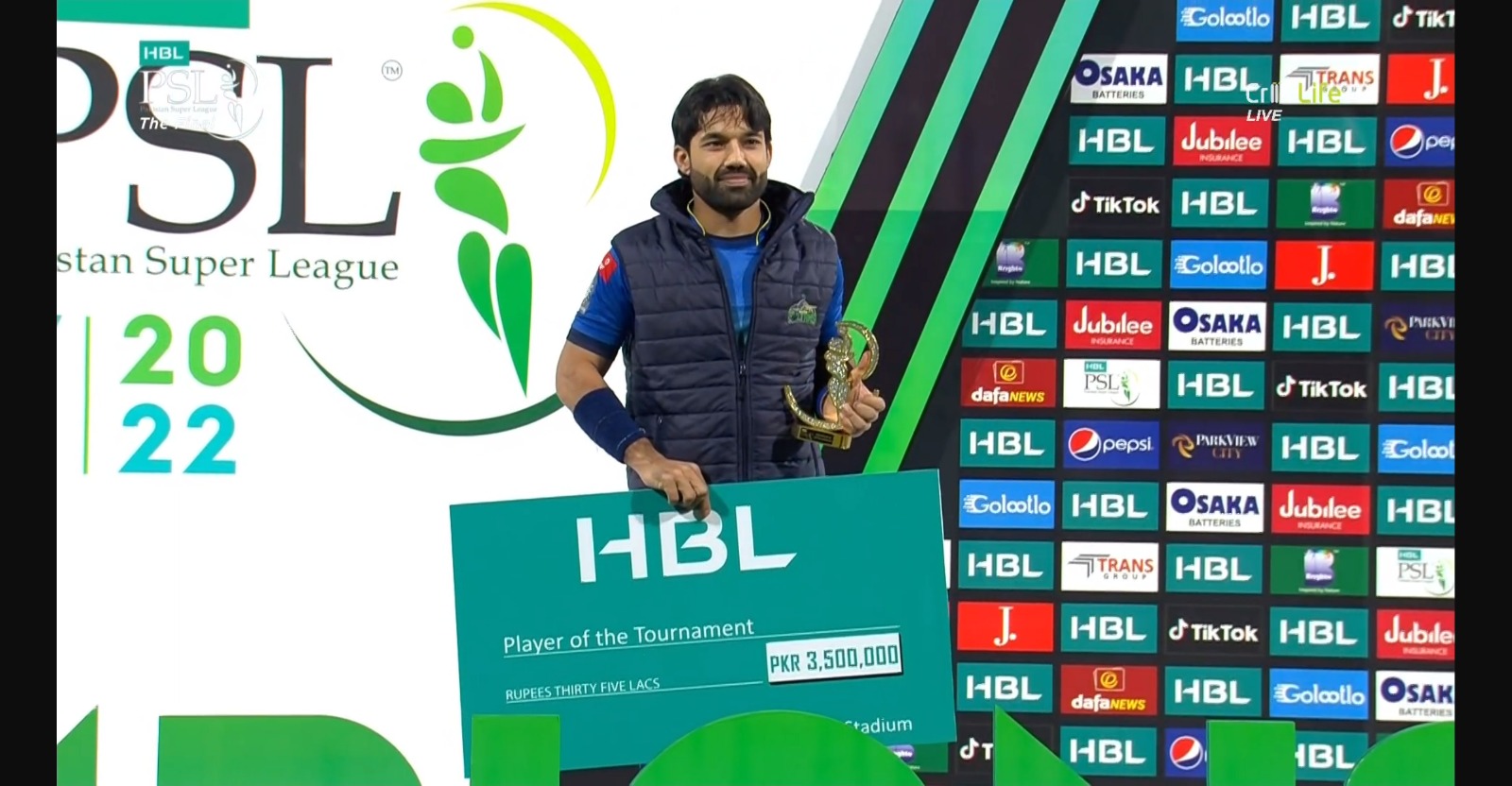 Srinagar, Febuary 28: Multan Sultan’s skipper Mohammad Rizwan has been named as player of the tournament for the PSL 2022.

Rizwan’s stunning and consistent performance earned him another rich reward when he was adjudged the Player of HBL PSL 7.

Rizwan remained a reliable top-order batter for Multan Sultans when he finished the tournament with 546 runs at a strike-rate of 126.68 and inspired his side to the final after winning nine out of 10 league matches.

Rizwan also collected the Wicketkeeper of the HBL PSL 2022 award. In 12 matches, he accounted for nine batters behind the stumps.

Earlier in the year, Rizwan was declared the Most Valuable Cricketer as well as T20I Cricketer as part of the PCB Awards 2021.

All the individual winners, except the Umpire of the HBL PSL 2022 award, were selected by the members of the commentary team, who followed and described almost every ball of this highly entertaining, thrilling and exciting tournament. They considered player stats, but this was not the only criteria to pick the winners.

Lahore Qalandars Fakhar Zaman and Shadab Khan of Islamabad United were adjudged the Best Batter and Bowler, respectively. Fakhar scored 588 runs (1×100, 7×50) at a strike-rate of 153, while Shadab Khan ended the tournament with 19 wickets in nine matches with an economy-rate of 6.47. The wrist-spinner had two four-fers and a five-fer.

Qalandars’ Zaman Khan was named as the Emerging Cricketer of HBL PSL 2022 after he grabbed 18 wickets.

Rashid Riaz was selected by the match officials as the Umpire of HBL PSL 2022, while Sultans were declared winners of the Spirit of Cricket award.