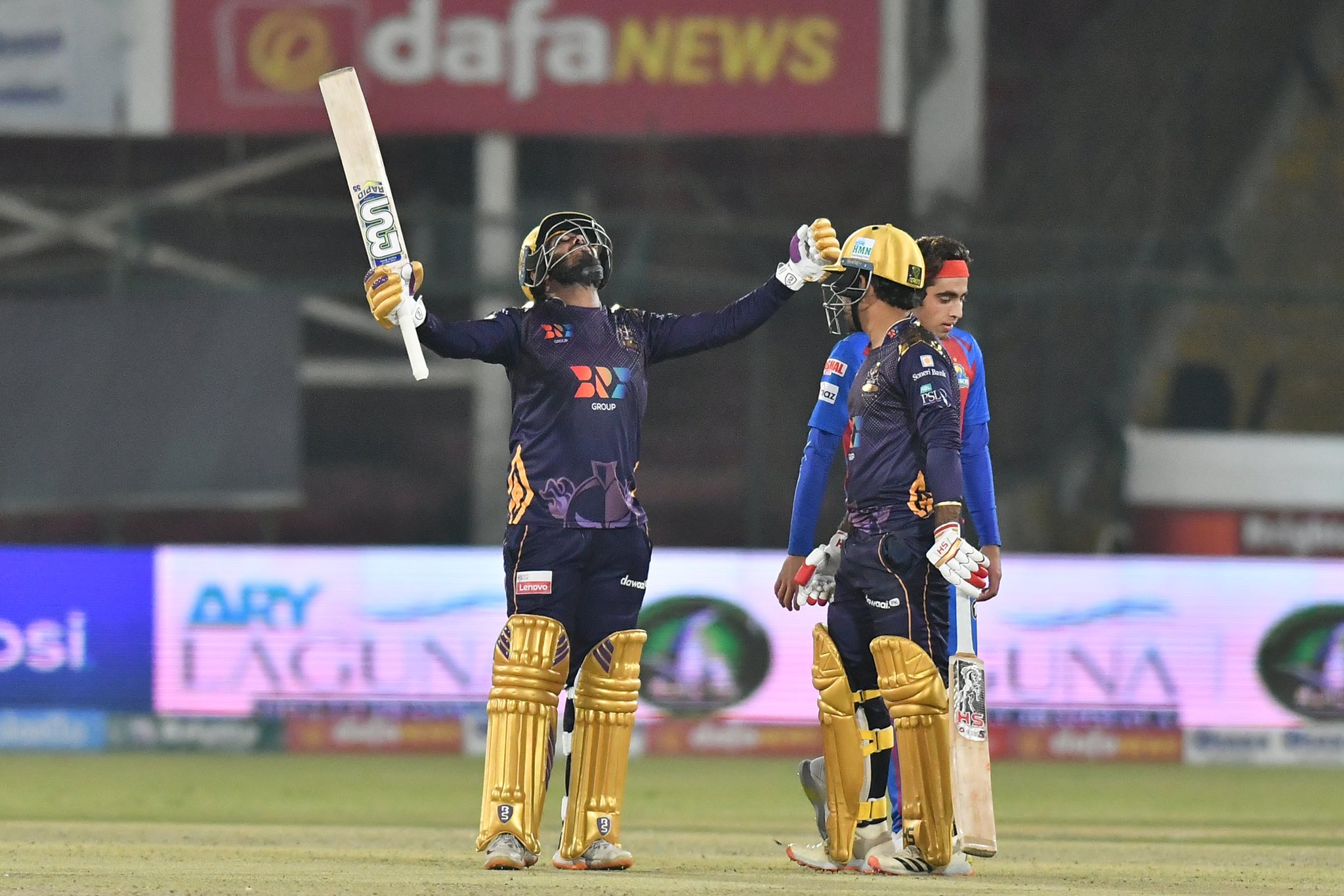 Naseem Shah provided his team a terrific start after his captain’s decision to bowl with two wickets in his first two balls of the match, which were in the fourth over. He bowled Lewis Gregory right after the completion of powerplay, and returned in the death to account for Mohammad Ilyas and Imad Wasim to become Quetta Gladiators first bowler to record a five-wicket haul and bowl out the opposition for a meagre 113 in 17.3 overs.

Ahsan stroked a breezy 57 not out off 43 – hitting eight fours – as Quetta Gladiators strolled to the target with 25 balls spare.

Sohail Tanvir (two for 29) made his experience count upfront with the wickets of Sharjeel Khan and Joe Clarke that left Karachi Kings reeling at 18 for two at the completion of the third over.

“I am delighted at my performance today. A five-wicket haul is always special and to do so in T20 cricket for the first time is a great feeling. I got a great start with the back to back wickets and that eased the pressure of me. Once, we had the match in our control, the idea was to attack more and not let the opposition stage a comeback,” Naseem Shah said .

“This performance has boosted my confidence, and I am eager to build on today’s momentum,” he added.