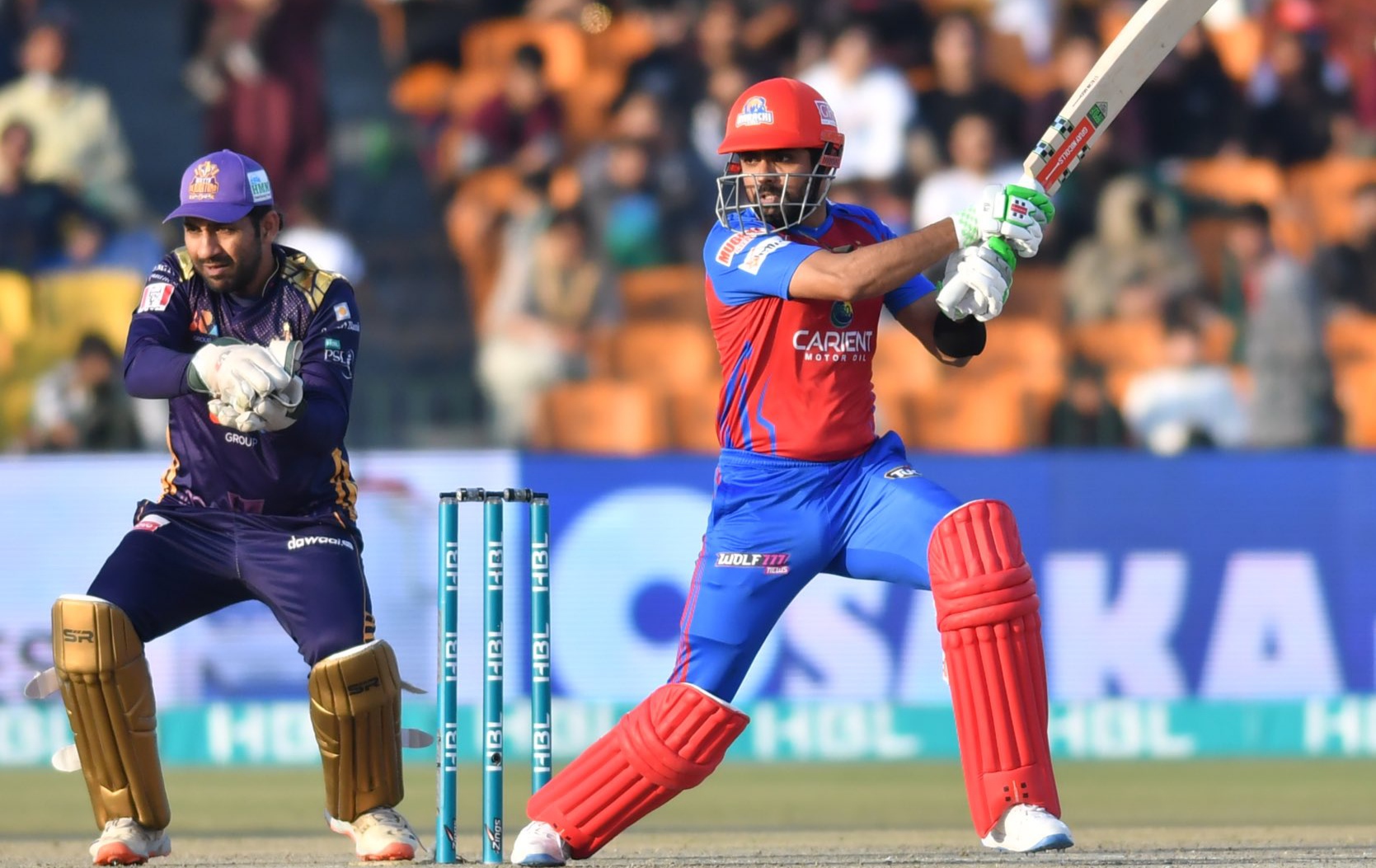 Lahore, 20 February 2022: The 2019 champions Quetta Gladiators defeated 2020 winners Karachi Kings by 23 runs in the 28th match of the HBL Pakistan Super League 2022 at the Gaddafi Stadium on Sunday.

Batting first, Quetta Gladiators rallied around Jason Roy’s 82 from 64 balls with 11 fours to reach 166 for four. In return, Karachi Kings, after an 87-run start in 10.5 overs between Joe Clarke (52 off 39 balls with four fours and two sixes) and Babar Azam (36 off 34 balls with three fours and a six), stuttered to 143 for eight.

The result means Quetta Gladiators have finished their 10 matches with four wins to join Islamabad United on eight points who will play their last match against Multan Sultans on Sunday evening. Islamabad United prior to their last match have a net run-rate of 0.101, while Quetta Gladiators have ended their league match with a net run-rate of -0.708.

While the Multan Sultans versus Islamabad United on Sunday will confirm the fourth side to qualify for the play-offs, Monday’s match between Lahore Qalandars and Peshawar Zalmi will decide which sides will feature in the 23 February Qualifier and 24 February Eliminator 1.

If Lahore Qalandars beat Peshawar Zalmi, they will finish on 14 points and will meet Multan Sultans on 23 February, while Peshawar Zalmi will play in Eliminator 1 on 24 February.