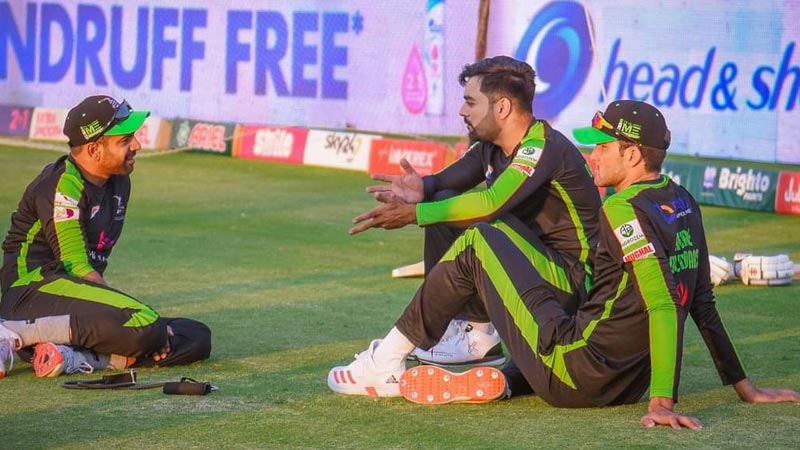 Srinagar, January 18: Afghanistan ace spinner Rashid Khan has said that he is looking forward to playing under the captaincy of Shaheen Shah Afridi in the upcoming edition of Pakistan Super League (PSL).

Rashid Khan who plays for Lahore Qalandar’s would be playing under the leadership of Shaheen Afridi this time. Shaheen was appointed the captain of Lahore Qalandars recently.

Speaking to Pakistan channel, Samaa TV, Rashid said he was excited to play under Afridi’s captaincy.

“I am excited to play under Shaheen Afridi’s captaincy. I will try to help him control his emotions during the match since he is also a Pathan,” Rashid said.

“I will guide him on the field using my experience of leading Afghanistan in the past.

“Sometimes he becomes too passionate so it is important to calm him down and I’m looking forward to having a good season with him.”