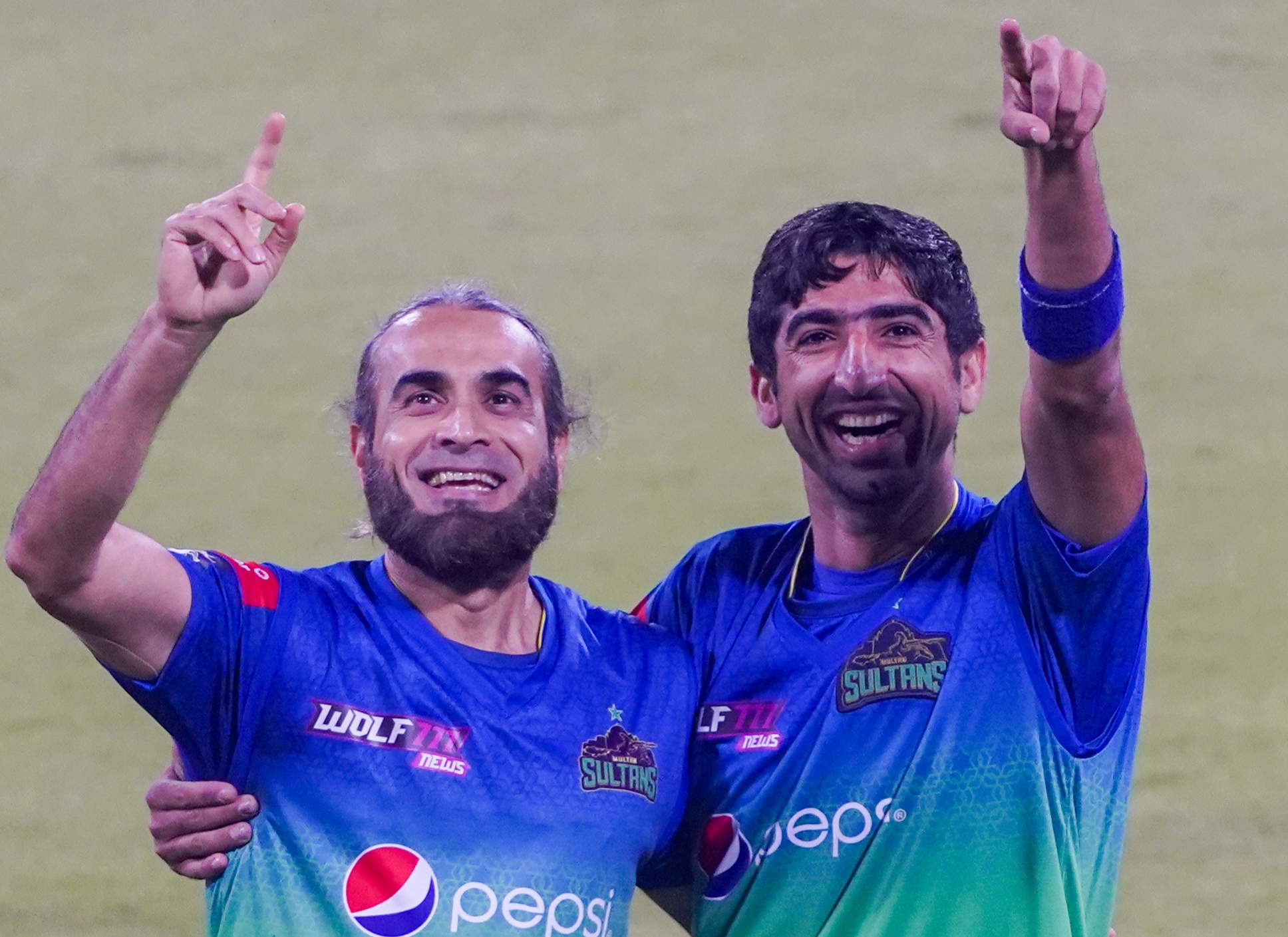 Lahore, Febuary 21: Defending champions Multan Sultans produced another stellar all-round performance to finish the double-league round-robin stage of the HBL Pakistan Super League 7 with a staggering nine wins out of 10 matches (most for any teams in the group stage in an HBL PSL edition). Sultans defeated Islamabad United by six wickets in front of a packed Gaddafi Stadium on Sunday night, despite their defeat, United, the 2016 and 2018 champions confirmed a place in the play-offs.

United won the toss and opted to bat first, their batters though failed to do justice to the decision made by the captain Asif Ali on a sluggish pitch.

United who have had multiple recent injuries to deal with had to field a largely inexperienced side. Debutant Mohammad Huraira (2) was the first to go. Liam Dawson scored 22 off 11 balls (five fours) but his departure with the total at 36 triggered a collapse. The Sultans squeezed the United middle and lower order as from 36 for one they slipped to 77 for seven.

The Sultans spinning duo of Asif Afridi and Imran Tahir (player of the match) maintained their stranglehold in the middle overs. The seasoned Imran produced an outstanding and miserly spell of 4-0-8-2. Asif took two for 21 in his four overs. Pacer Musa Khan with 26 runs (21 balls, two fours, two sixes) was the top-scorer in United’s drab effort. Their total of 105 for seven is the lowest team total in the HBL PSL 7.

Sultans, Qalandars, Peshawar Zalmi and United will be playing the HBL PSL 7 playoffs. Sultans will play the Qualifier with either Qalandars or Zalmi on Wednesday. Qalandars are favourites to finish number two but a big defeat in their final group match to Zalmi tomorrow can push them to three and Zalmi to the second spot.

United will be playing Eliminator 1 against Qalandars or Zalmi on Thursday.

Set an easy 106-run chase, Sultans had crashed to 43 for four in 7.2 overs as Dawson followed-up on his 22-run batting contribution with three wickets in his opening spell with the new ball.

Skipper Mohammad Rizwan came to his side’s rescue for the umpteenth time as he dropped anchor with an unbeaten innings of 51 (42 balls, two fours, one six).

Rizwan added 68 runs in the unbroken fifth-wicket stand with David Willey who made 28 off 32 (one four, one six). Rizwan finished the match with a majestic six over the extra cover boundary that took him past his 50. The wicketkeeper batter is at number two in the HBL PSL 7 batting charts with 479 runs at 68.42 behind Qalandars’ Fakhar Zaman – 521 runs at 57.88.

Sultans finished their chase with 16 balls to spare.

“The pitch did offer some turn but the pitch doesn’t matter too much to me. I like sticking to the plans that I make before I start a match. Today, I am happy how the ball came out. It’s a good vibe in this team and we back each other, I want to enjoy my performances and deliver in the play-offs,” Player of the match Imran Tahir said.