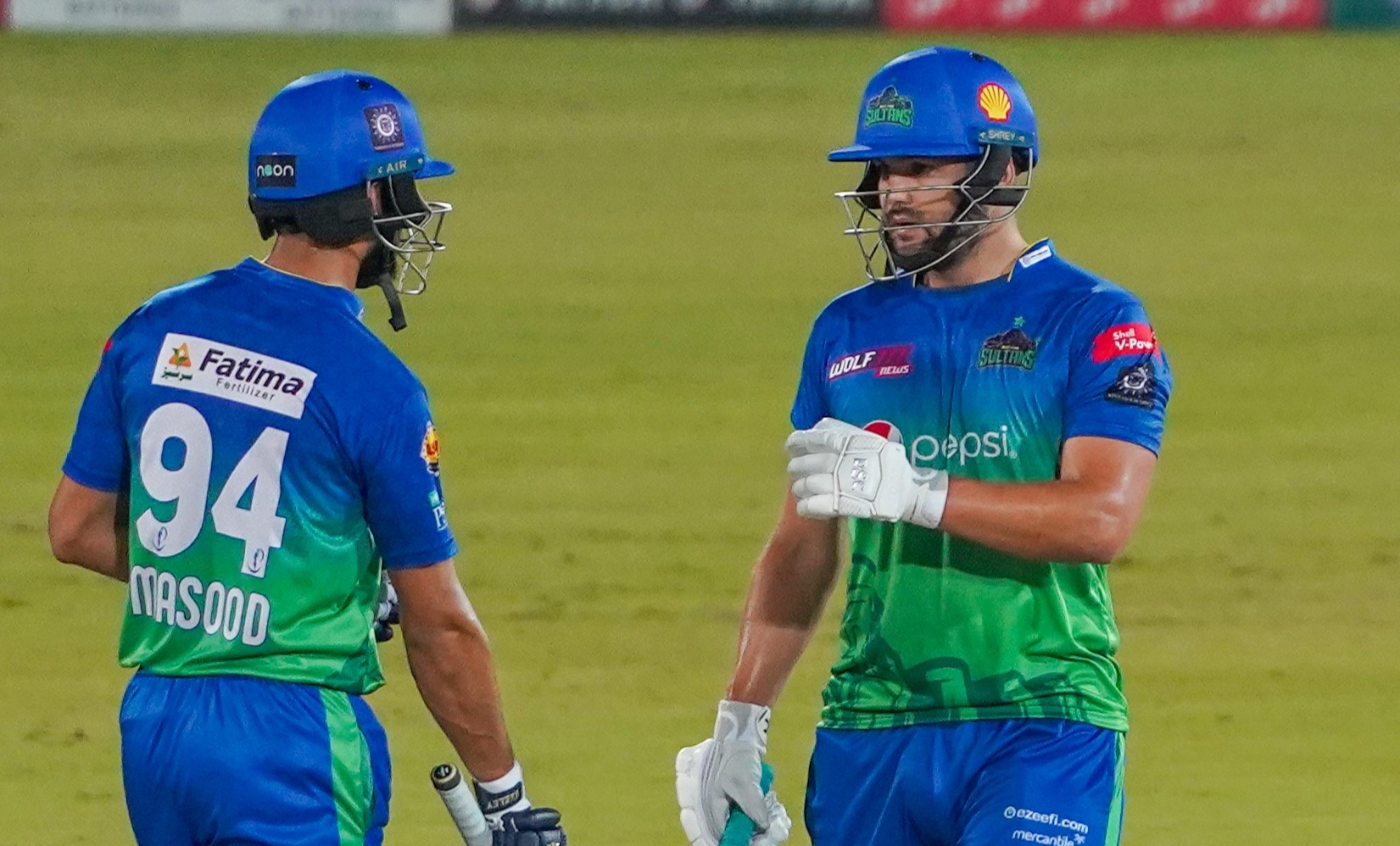 Karachi, Febuary 1: A solid half-century from Shan Masood and David Willey’s sensational spell at death set Multan Sultans’ thrilling last over win over Quetta Gladiators. Multan have now won three straight matches and sit at the top of the points table. Quetta are placed third with one win and two defeats in three matches.

With Quetta needing 26 off the last three overs, Willey dismissed Iftikhar Ahmed, who had thrashed Imran Khan Snr for 24 in the 17th over, and allowed a single and a double in the 18th before he removed Quetta’s last two batters in the final over to defend eight off the last six balls. The left-armer finished with three for 22.

Multan dominated Quetta’s run chase from the beginning with Khushdil Shah removing Quetta’s both openers and reducing them to 29 for two. Khushdil then accounted for Sarfaraz Ahmed to finish with extraordinary figures of three for 16 from four overs.

That Quetta came in the touching distance of the win was because of Iftikhar’s onslaught in the 17th over, in which he smashed three sixes and a four off Imran. Iftikhar plundered 30 off 13 before he was removed in the 18th over.

“The game was getting close, but it was important to assess the situation. We spoke about that before the game, assessed the pitch and deception seemed to be working for me in the latter stages. So, I bowled slower balls with my field set and you know, with the tail-enders, I did them in the air rather than off the pitch,” David Willey.

“It is just keeping a cool head, trusting my plan and luckily tonight it came off and we got across the line,” he said.