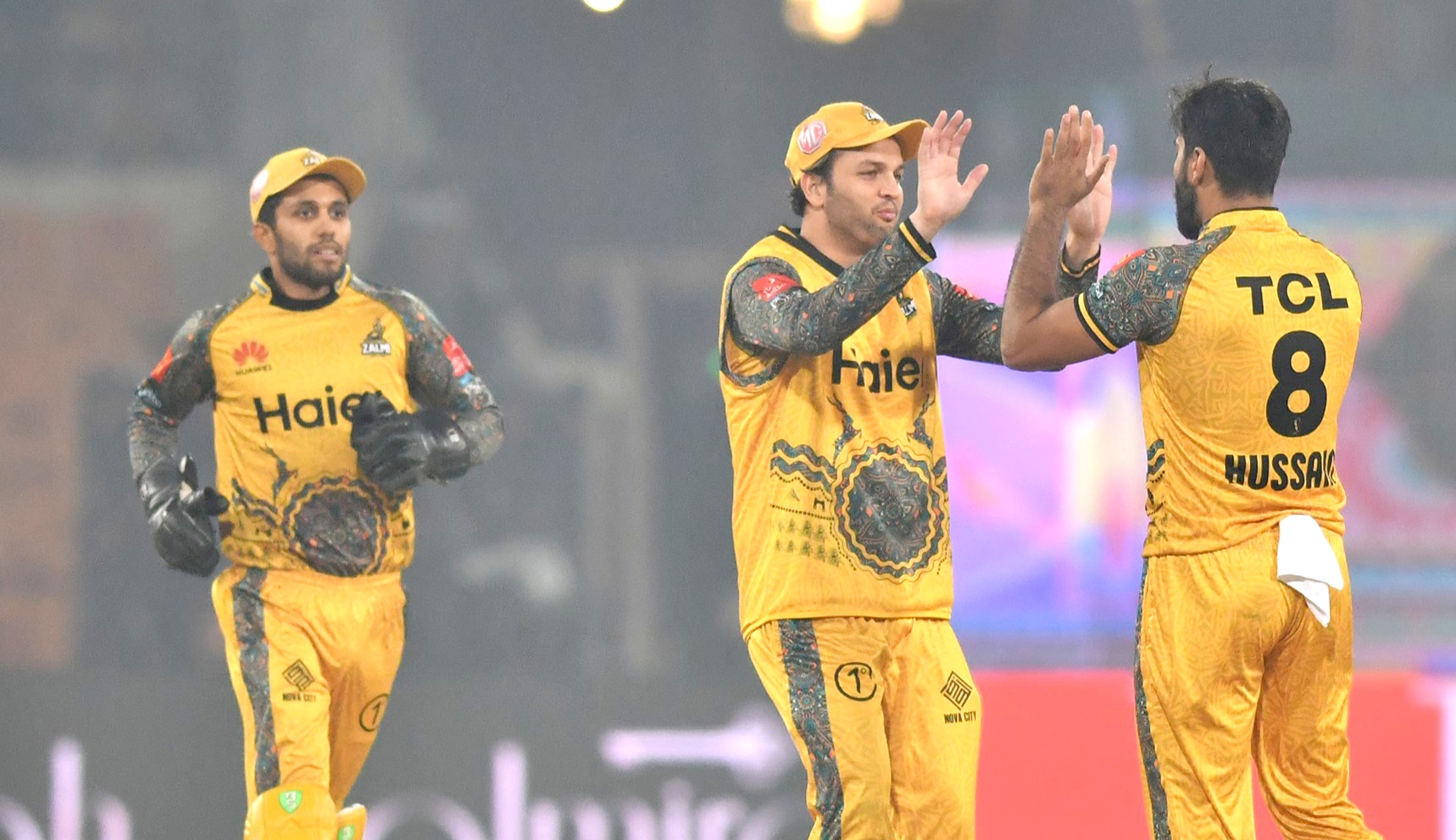 Lahore, February 15: The 20-year-old Will Smeed missed a maiden Twenty20 century by one run as Peshawar Zalmi defeated Quetta Gladiators by 24 runs in the 22nd match of the HBL Pakistan Super League- PSL 2022 at the Gaddafi Stadium on Tuesday.

Smeed dragged a full-toss by Salman Irshad onto his stumps that not only ended his entertaining innings but also shut the door on Gladiators’ run-chase as they finished at 161 for eight while chasing 186 for victory after Zalmi had won the toss and elected to bat first.

The Somerset batter faced 60 balls and struck 12 fours and three sixes. When he departed, Gladiators needed 32 runs for victory but managed only seven runs off the final 12 deliveries.

Wrist-spinner Usman Qadir was the wrecker-in-chief when he picked up the prized scalps of James Vince (0), Iftikhar Ahmed (10) and Umar Akmal (1) to finish with three for 25. Fast bowler Salman Irshad claimed two wickets for 37 runs.

Earlier, Shoaib Malik and Hussain Talat stroked half-centuries but it was Ben Cutting’s cameo that helped Zalmi to recover from the early losses of Hazratullah Zazai and Liam Livingstone to post 185 for seven.

Cutting slapped four sixes, all off Sohail Tanvir in the penultimate over of the innings, and a four in a 14-ball 36.

Shoaib is now the third most successful batter with 276 runs. Fakhar Zaman leads the pack with 469 runs, followed by Shan Masood (351 runs).

Naseem Shah took two wickets in his first over and then added two more in his final over to finish with four wickets for 27 runs. Naseem has now joined Shaheen Shah Afridi with 11 wickets in the tournament, while the list is headed by Shadab Khan (17).

“I am happy with my all-round performance. I was keen to contribute in my side’s success and happy to make a contribution,” Player of the match Hussain Talat said.

“Batting with Shoaib Malik was useful as he helped me construct the innings as cross-batted shots were difficult to execute. It is always nice when a senior player is your partner as you learn a lot of things,” he said.