Kashmir Sports Watch June 16, 2021 2:20 am
Younis Khan steps down as Pakistan batting coach
Ashes: England hold on by one wicket to grit out a draw

Qalandars were rooted out for 140 and never seemed in control of the chase. They had lost their top four batsmen inside powerplay and their troubles had begun from the second ball when Usman dismissed Sohail Akhtar.

Fakhar Zaman was bowled by Mohammad Hasnain for 12 off nine in the fourth over and Usman curtailed veteran all-rounder Mohammad Hafeez’s stay at the crease to just five balls in the next.

Qalandars were 40 for four after six overs.

Mohammad Nawaz delivered crucial blow as he bowled Ben Dunk and Rashid Khan in the seventh and ninth overs. When it started to look all bleak for Qalandars, Tim David hammered Zahoor Khan for one four and two sixes in the 13th over as his team gathered 23 runs from it and then smashed Usman for successive fours at the start of the 15th over.

The right-handed David was caught behind on the last ball of that over as Usman took Qalandars closer to the win. He blasted three sixes and four fours in his 27-ball 46.

Shaheen Shah Afridi then smashed a six and edged a bouncer for four and Haris Rauf spanked two fours and a six which kept Qalandars’ fans interest alive in the match, but it was all too late.

Hasnain, who had been at the receiving end of the blows from his fellow Pakistan pacers, bowled Haris with a searing yorker to seal the win.

Khurram’s other two scalps were Ahmed Daniyal and Shaheen.

Gladiators’ 158 for five was based on two crucial stands between Jake Weatherald and Cameron Deplort which added 58 runs and Sarfaraz Ahmed and Azam Khan which contributed 43.

Weatherald was the leading run-score with 41-ball 48, which included eight fours and a six.

Sarfaraz remained unbeaten on 34 off 27 (three fours and a six) and Azam smashed 33 runs at a strike-rate of above 183. The youngster’s 18-ball stay was studded with five fours and a six.

James Faulkner was once again the pick of the bowlers for Qalandars as he took three wicket for 25. He now has 11 wickets from four HBL PSL 6 matches. 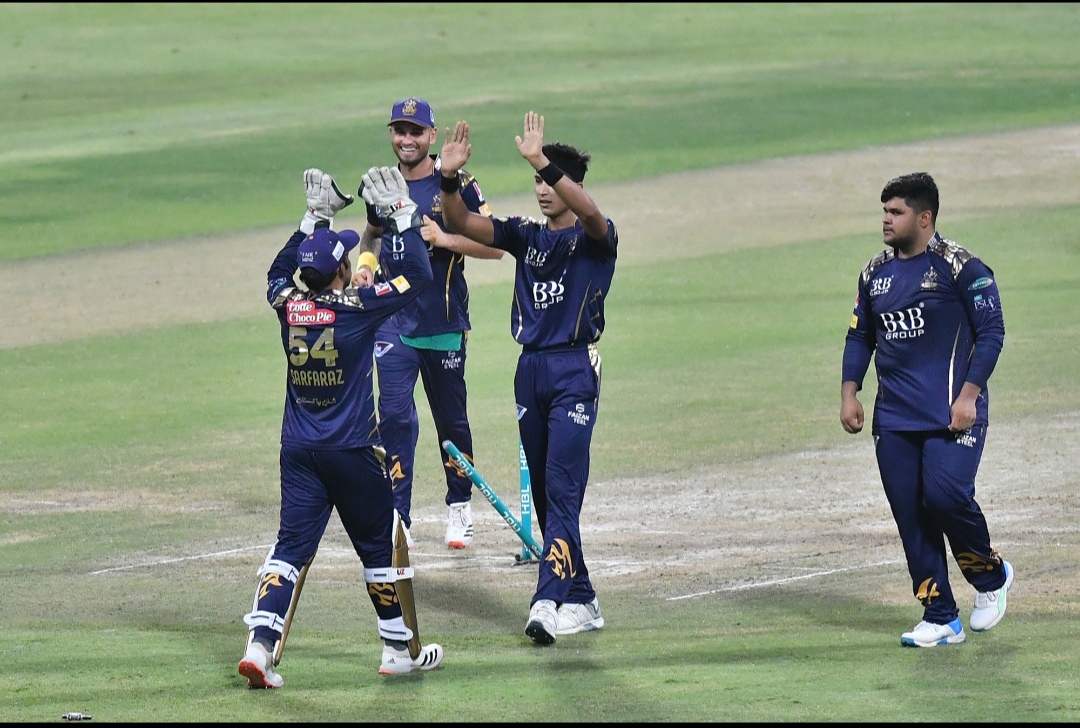