Put the glue away: Puma comes to help of Zimbabwe cricketer 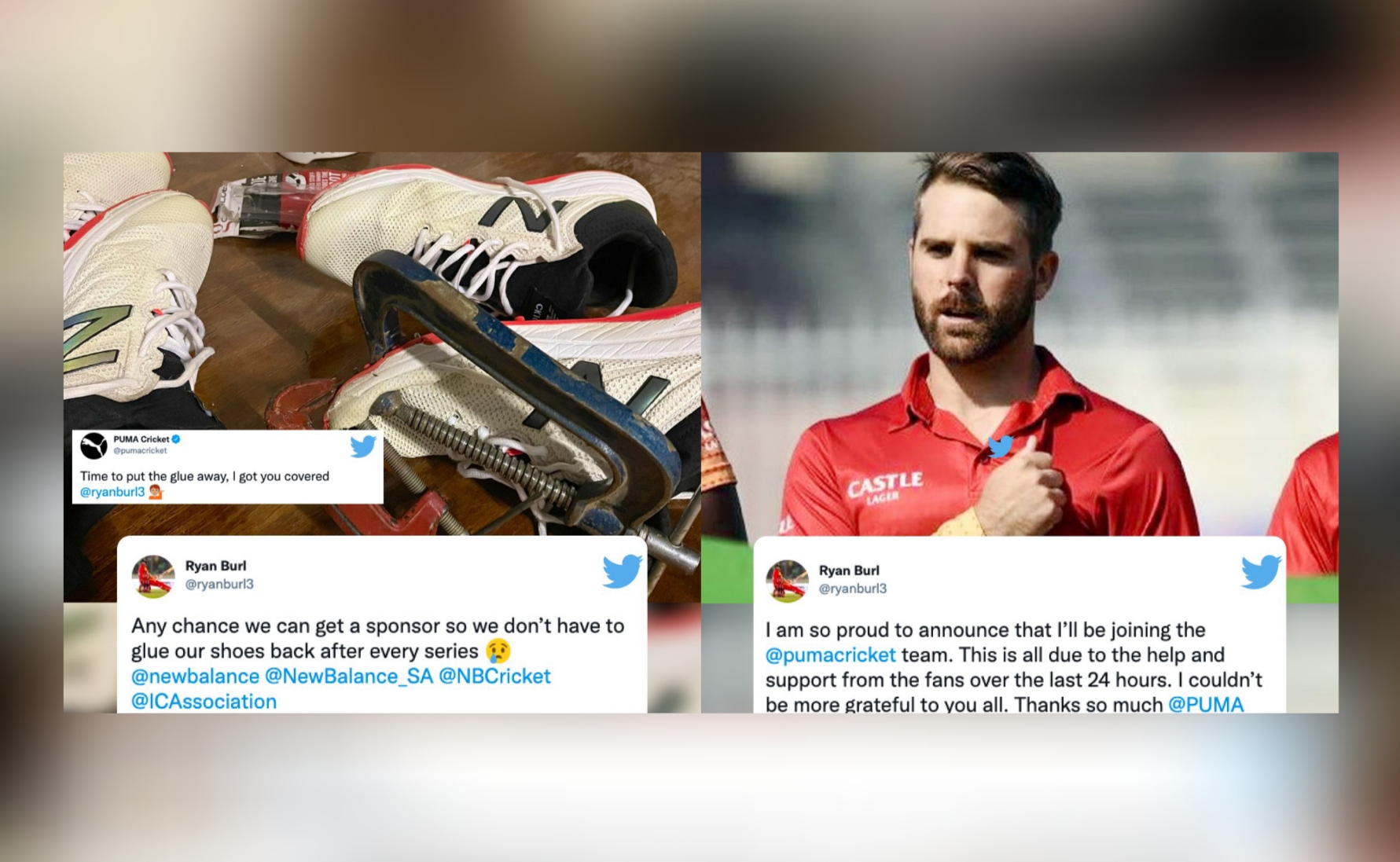 Srinagar, May 24: In an heartfelt incident on Sunday that highlighted disparity in World of cricket when it comes to earning , Zimbabwe cricketer posted a heartfelt message highlighting the plight of Countries International cricketers. Soon Puma reacted and said they have got him covered.

Zimbabwe’s left-handed batsman Ryan Burl took to his Twitter handle and requested a sponsor for his National team and posted a heartbreaking photo of his ripped shoes.

The 27-year-old batsman on Saturday on his Twitter handle shared a photo of his ripped cricket shoes and asked if he and his national team can get a sponsor so that they don’t have to glue their cricket shoes after every series.

While posting a picture in which he is seen putting glue in his damaged shoes, Burl tweeted , ” Any chance we can get a sponsor so we don’t have to glue our shoes back after every series 😢 “.

After Ryan Burl requested a sponsor on Twitter, people on social media were filled with grief and many of them started requesting sports organizations to help Zimbabwe so that the African nation can stand up on its feet.

Some also slammed the International Cricket Council (ICC) over the miserable financial condition of the cricket board of Zimbabwe.

The Apparel giant tweeted from its Puma Cricket handle , “Time to put the glue away, I got you covered @ryanburl3 “.

Ryan Burl was quick to express his gratitude to Puma and all those who highlighted his message on social media.

“I am so proud to announce that I’ll be joining the @pumacricket team. This is all due to the help and support from the fans over the last 24 hours. I couldn’t be more grateful to you all. Thanks so much @PUMA,” he Tweeted.

It is well known fact in the World of cricket only few Countries enjoy the money power while most of the Countries are struggling . The disparity is wide with ICC doing nothing to address the issue.