Bagaw who is well known figure in J&K Cricket circles shared his experience with junior cricketers who were playing One-Day format match there .

The former J&K Coach stressed upon youngsters to improve thier fitness and stay focused on the job in order to develope themselves as top cricketers .

Earlier in the B-XI clashed with H-XI. Batting first H-XI scored 240 runs. Mumin Muzaffer with 66 and Tawqeer with 43 runs were highest scorers for them.

In reply B-XI were able to score only 230 runs and lost match by 10 runs. Basit with 85 and Hamad with 30 were highest scorers for them while as Bilal took three wickets for H-XI. 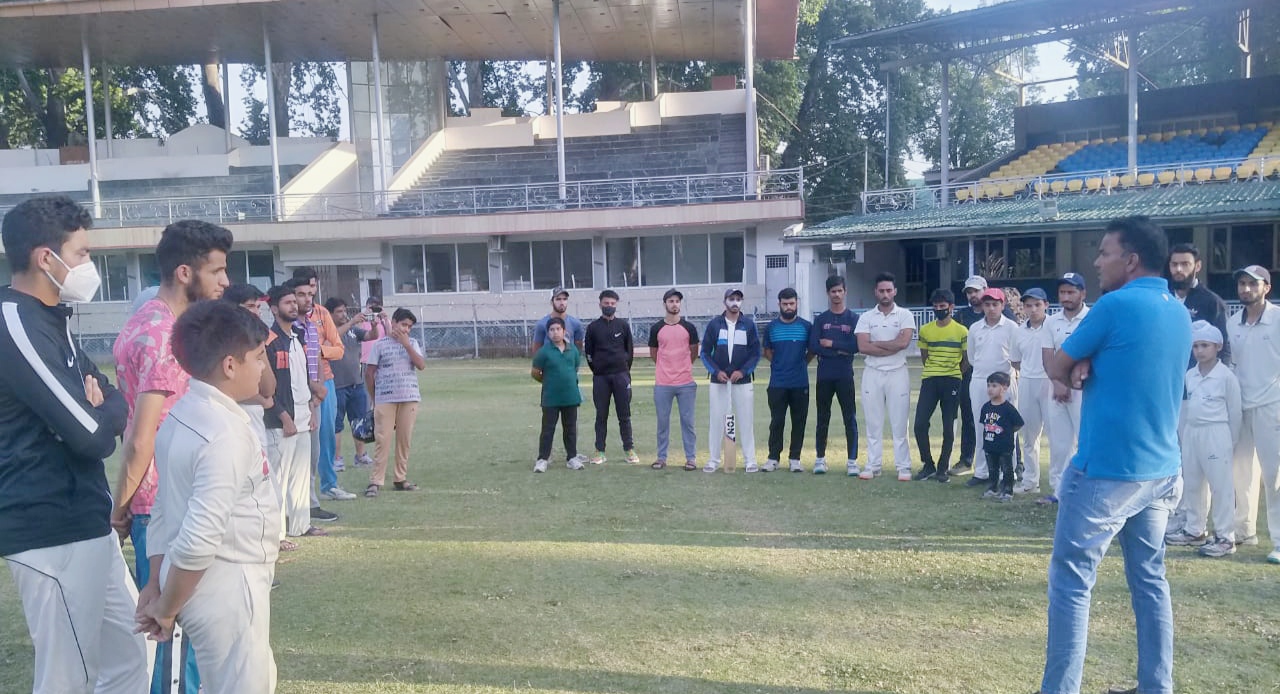