Bagaw was invited to visit stadium by organisers of CricKonnect Super League to take look at the turf being prepared for the tournament.

Bagaw had close look at the stadium and suggested ways to improve the wickets. He also gave list of do’s and donot’s to the organisers.

“We are thankful to Qayoom Sahab for sparing his valuable time to look into the wicket preparation for the upcoming league to be held at Gani Memorial Rajouri Kadal Downtown Srinagar,” organisers said in a statement issued.

“We would also like to thank Haroon for being very supportive and helpful in the wicket preparation,” statement added. 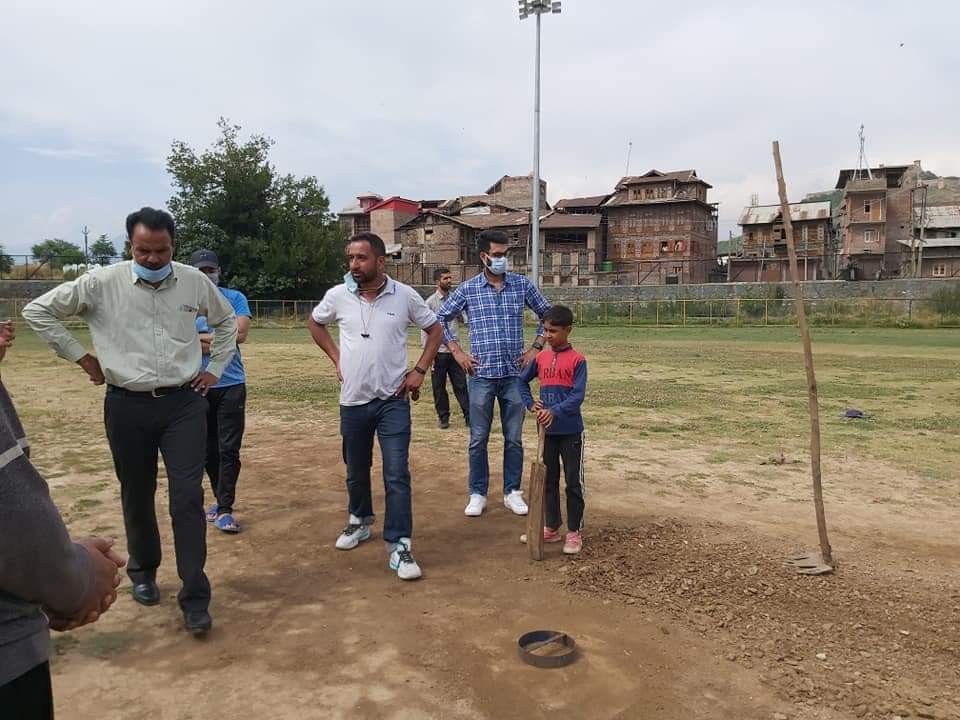