De Kock is expecting the birth of his first child early in the new year, stating his intentions of spending more time with his family as the reason for his decision.

“This is not a decision that I have come to very easily. I have taken a lot of time to think about what my future looks like and what needs to take priority in my life now that Sasha and I are about to welcome our first child into this world and look to grow our family beyond that.

“My family is everything to me and I want to have the time and space to be able to be with them during this new and exciting chapter of our lives.”

Twenty-nine-year-old De Kock made his Test debut against Australia in Gqeberha in 2014. He made 3300 Test runs across 91 innings at an average of 38.82, with six centuries and 22 fifties. Only Mark Boucher has claimed more Test dismissals than de Kock (232) for South Africa.

“I love Test cricket and I love representing my country and all that it comes with. I’ve enjoyed the ups and the downs, the celebrations and even the disappointments, but now I’ve found something that I love even more.

“In life, you can buy almost everything except for time, and right now, it’s time to do right by the people that mean the most to me.”

As Kyle Verreynne takes the gloves in the longer format, de Kock remains committed to international cricket through the white ball formats.

“This is not the end of my career as a Protea, I’m fully committed to white ball cricket and representing my country to the best of my ability for the foreseeable future.” 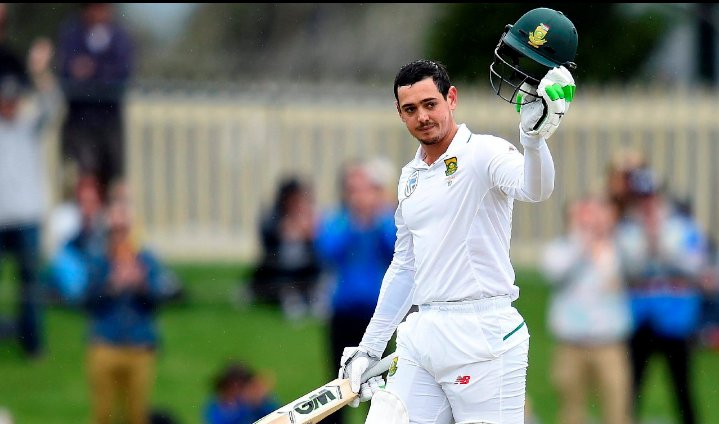