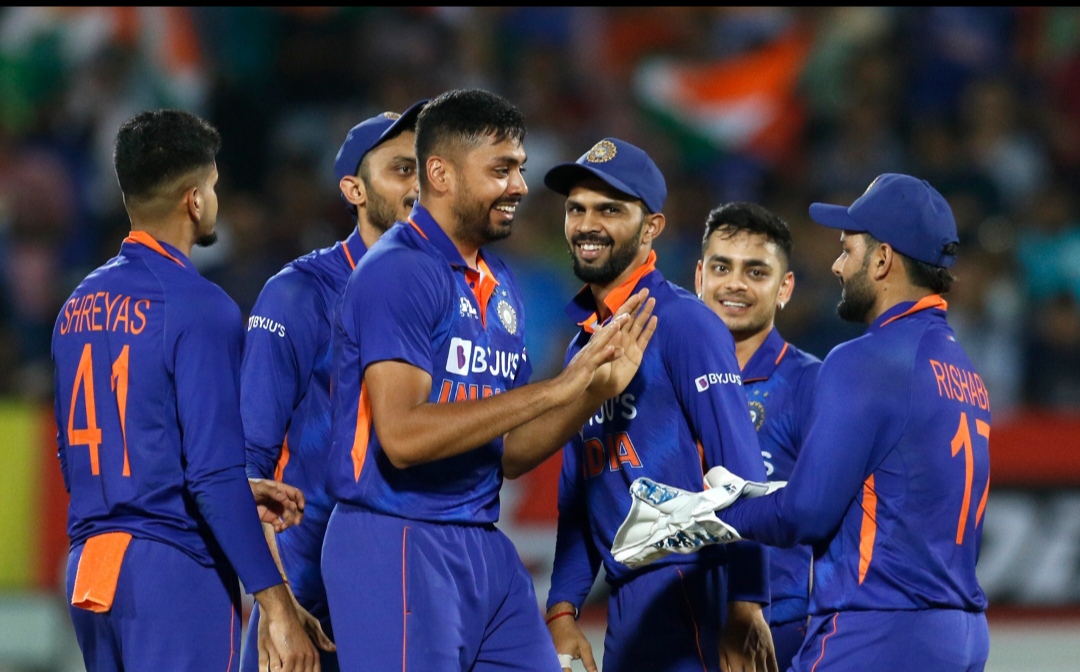 Avesh Khan struggled in first three T20Is against South Africa and there was pressure on the imclusion of  talents like Arshdeep Singh and Umran Malik in the playing eleven. However, in the fourth match in Rajkot, Avesh took a four-wicket haul, helping India bowl South Africa out for their lowest-ever score of 87 in the shortest format of the game on Friday.

“The team hasn’t changed over four games, so credit to Rahul (Dravid) sir. He gives chances to everybody and intends to give them a long enough run,” Avesh said at the media interaction on Friday night.

“He doesn’t drop a player after one or two bad performances because you cannot judge a player on the basis of one or two games. Everyone is getting enough matches to prove themselves.

“Yes, there was pressure on me. I had zero wickets in three games but Rahul sir and the team management gave me another opportunity today and I ended up picking four wickets. It’s also my papa’s birthday, so it’s a gift for him too,” he added.