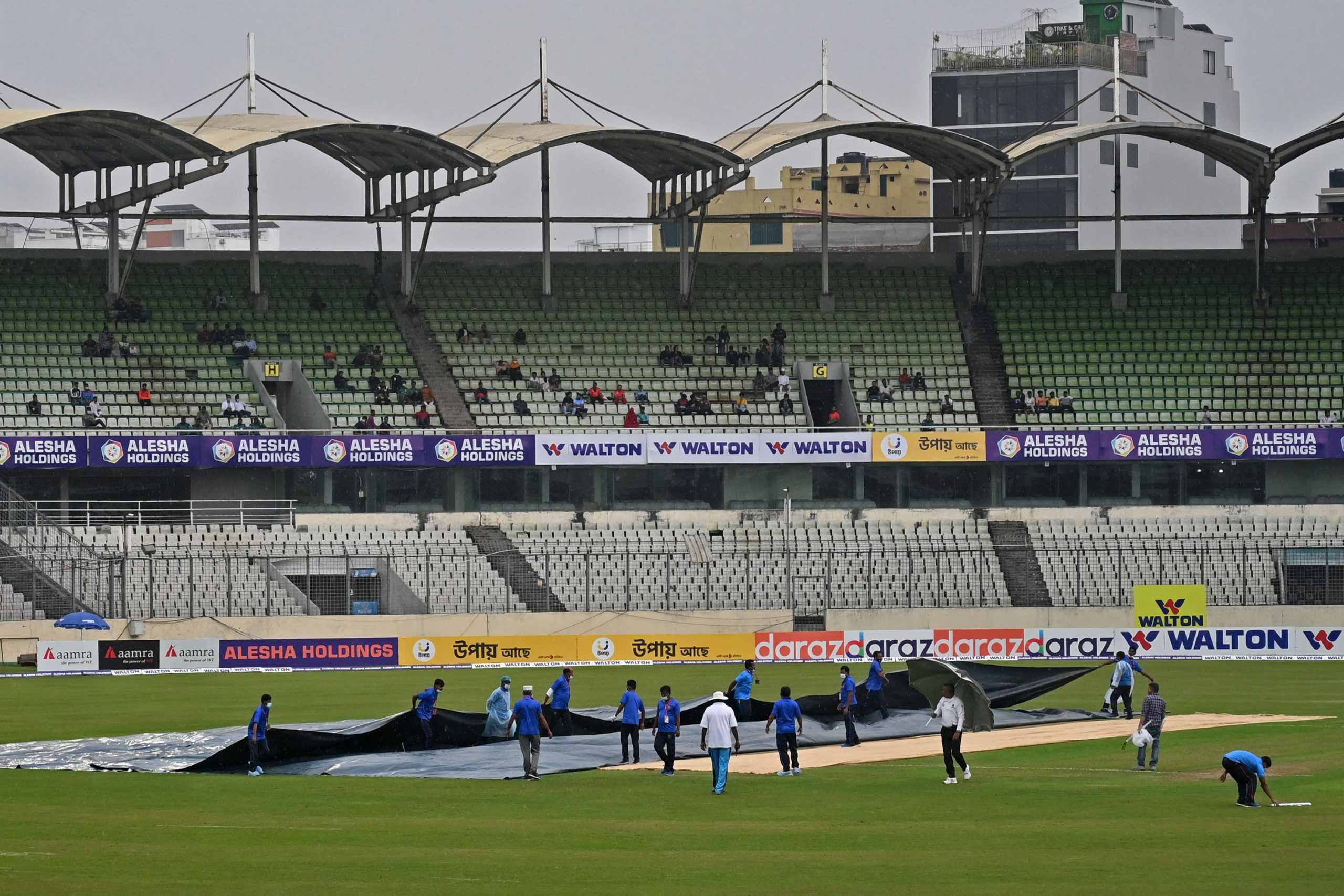 Dhaka, December 5: Play was called off early on day two in Mirpur in the second Test between Bangladesh and Pakistan due to persistent rain.

Only 6.2 overs of play was possible on day two of the second Test between Bangladesh and Pakistan at the Sher-e-Bangla National Cricket Stadium in Mirpur.

The groundsmen were hard at work, bringing the covers on and off multiple times with rain playing hide and seek throughout the first session.

The play finally started at 12:50 PM local time, more than three hours after the scheduled start. Babar Azam kicked things off with a boundary off the first ball of the day.

Azhar Ali took a liking to Ebadot Hossain’s right-arm pace, smashing three boundaries including two consecutive fours to bring up his half-century, the 34th of his Test career.

Soon after, it once again started pouring and kept getting heavier as time passed. The umpires then decided to call the play off for the day, with Pakistan batting at 188/2 in the first innings.

Weather permitting, the action on day three is expected to begin at 09:30 AM local time.