The rain was the only winner on day four of the ICC World Test Championship Final in Southampton as a washout frustrated India and New Zealand.

New Zealand would have started the day on 101 for two in reply to India’s first innings score of 217 but conditions meant Kane Williamson’s side were unable to make any more progress.

With no play taking place at the Hampshire Bowl, the match will now extend into the designated reserve day on Wednesday, if required, after rain also disrupted day one.

The forecast for the fifth and potential sixth days of the Test is significantly better and an announcement will be made on the reserve day on Tuesday.

When play does restart, Williamson and Ross Taylor will be the men at the crease with the Black Caps 116 runs behind India after 49 overs of their first innings.

Virat Kohli’s side lost seven wickets on the third day of the inaugural WTC showpiece, with the India captain the first man to fall to an inspired bowling performance from Kyle Jamieson.

The 26-year-old took a brilliant five for 31 for his fifth five-wicket haul in just eight Tests, with the dangerous Rishabh Pant also losing his wicket to the right-arm fast-medium bowler.

Vice-captain Ajinkya Rahane did provide some stubborn resistance on his way to 49 but fell straight into Neil Wagner’s short-ball trap, hastening the Indian batting order collapse.

Jamieson helped wrap up the tail by taking the wickets of Ishant Sharma and Jasprit Bumrah in successive balls while Trent Boult and Tim Southee also chipped in with one apiece.

Those five wickets for Jamieson take his overall tally to 44 in eight Tests since making his five-day debut in February 2020, suggesting New Zealand have unearthed another bowling sensation.

In response to India, the Black Caps made steady progress at the start of their innings as Devon Conway and Tom Latham reached the tea session unscathed on 36 for no loss.

India kept posing questions after the restart, but New Zealand openers appeared to have all the answers and put on a partnership of 70 before Latham (30) fell to Ravichandran Ashwin.

Conway, who scored a double century on his Test debut at the beginning of this month, remained resolute however and added yet another half-century in his fledgling Test career.

But in what proved to be the final over on day three, Sharma removed Conway for 54 to leave the match intriguingly poised. 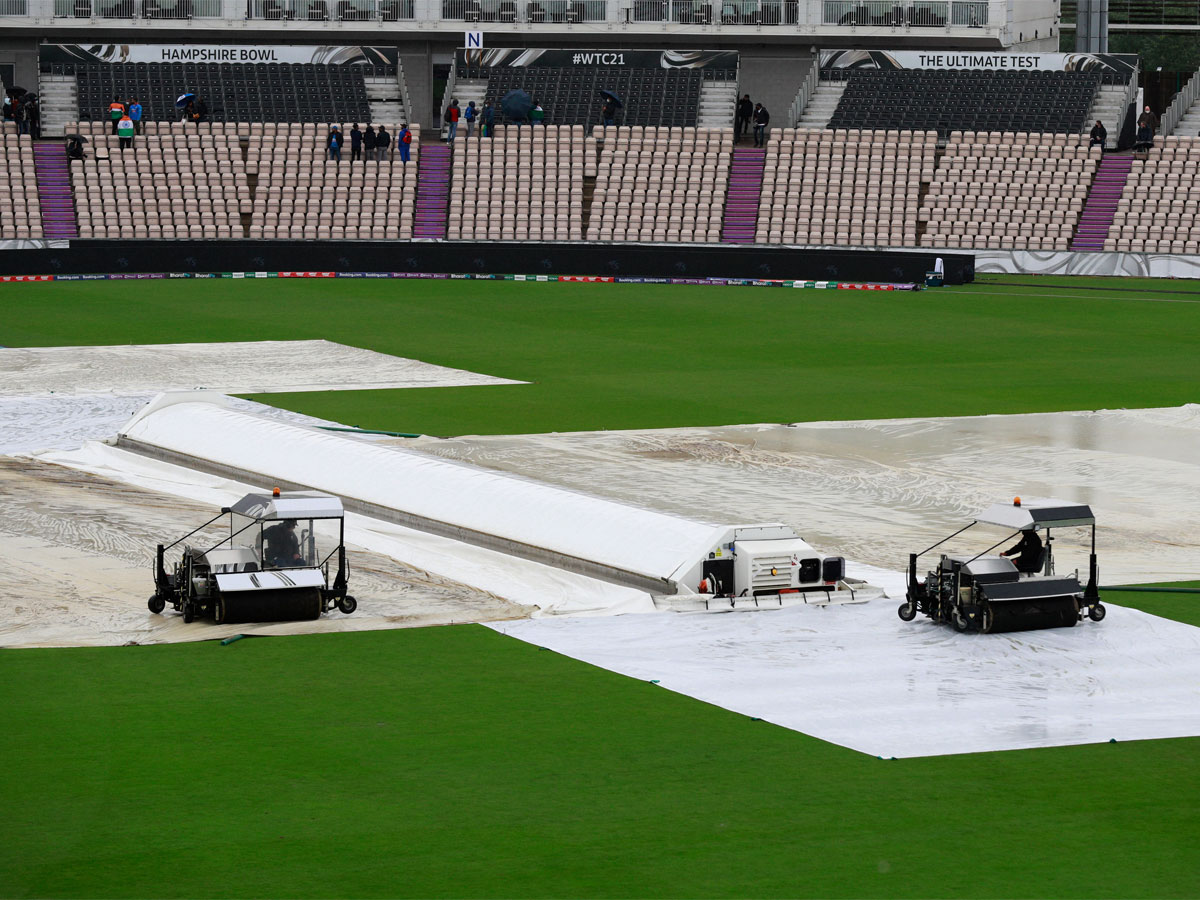