In reply KCC Delina managed to achieve the target in 9.3 overs for the loss of 6 wickets(84/6 in 9.3 overs). Nadim scored unbeaten 33 while as Mudasir scored 21 runs for KCC .For Blue Star Shabir And Shahid took 2 wickets each.

Nadim was once again declared as Man Of The Match for his brilliant performance. 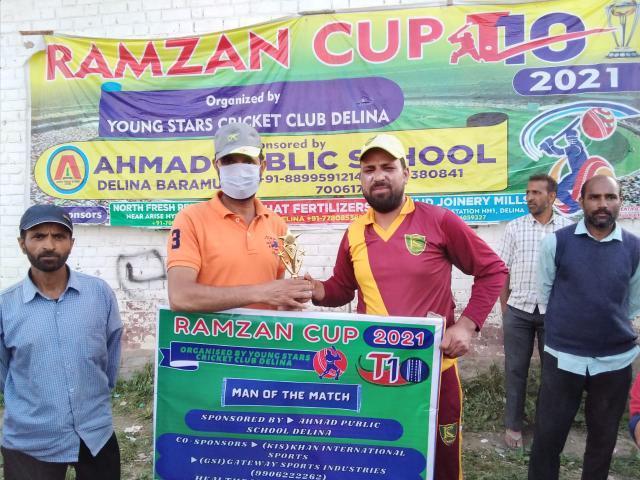