RCC won the toss and elected to bat first. They scored 105 runs for the loss of eight wickets.

Adil with 40 was highest scorer for them while as Rahi Bashir scored 26. For Qazi Ghani Sports Syed Irfan rook three wickets while as Suhail, Sabahat and Asim took one each.

In reply Qazi Ghani Sports managed to score only 79 runs for the loss of three wickets in 10 overs. Peer Suhail with 41 and Qazi Sabahat with 19 were highest scorers for them. For RCC Adil Mir took two wickets and Aaqib took one.

Adil Mir for his all round show was awarded man of the match. 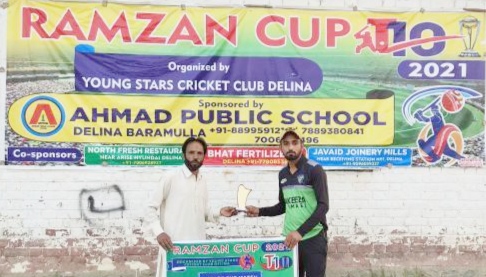