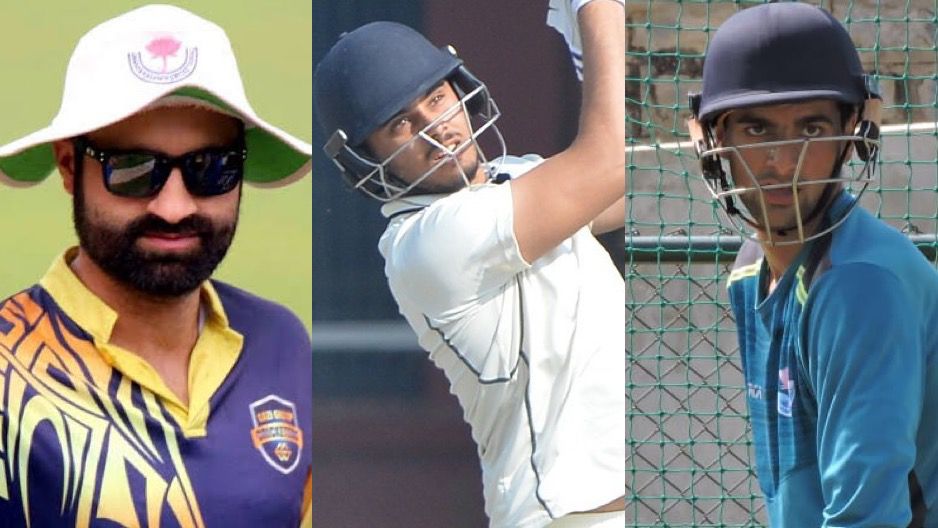 After bundling out Pondicherry for 124 runs in second inning. J&K chased the required target of 42 runs in 12.4 for the loss of two wickets. J&K lost Qamran Iqbal early on individual score of eight . Jatin Wadhwan was second wicket to fall after scoring nine runs and Shubham Pundir remained not out on 21. Ian Dev Singh scored first ball six to take J&K home. J&K missed on bonus point as they lost two wickets while chasing a target.

Earlier Parvez Rasool scalped the last wicket of Pondicherry inning to finish with six wicket haul and match haul of 10 wickets. Sagar Trivedi was caught by Ram Dayal of the bowling of Parvez Rasool for 37.

Earlier at the end of third days play, Pondicherry were 113 for the loss of nine wicket in their second inning with lead of only 30 runs.
The stars of the third days play for J&K were youngster Abdul Samad who scored 103 run knock from 78 balls and then Parvez Rasool wrecked havoc through Pondicherry in second inning, taking five wicket haul.

Earlier, resuming from an overnight score of 260 for three, J&K on the back of 103 runs off 78 balls by Abdul Samad put 426 runs on board in 114.3 overs, thus gaining a vital lead. Samad completed his century in 68 balls.
He sent the bowlers on a leather-hunt and smashed 19 boundaries and 2 massive sixes.
Earlier, opener Qamran Iqbal fell at his overnight score of 96 runs off 220 balls, studded with 13 fours and 2 sixes. Abid Mushtaq and Parvez Rasool contributed 40 and 31 runs to the total respectively. Auqib Nabi chipped in with 18 runs.

For Pondicherry, Sagar V Trivedi took five important wickets while Sagar P Udeshi bagged three wickets. Fabid Ahmed also claimed two wickets.
Trailing by 83 runs, Pondicherry, in their second inning were struggling at 113 for nine in 44 overs when the stumps were drawn on third day. They have only lead of 30 runs with one wicket in hand.

For Pondicherry Paras Dogra top scored with 106 run knock while as S Karthik scored 63. Fabid Ahmed scored 37 while as Sagar Trivedi remained not out on 33.