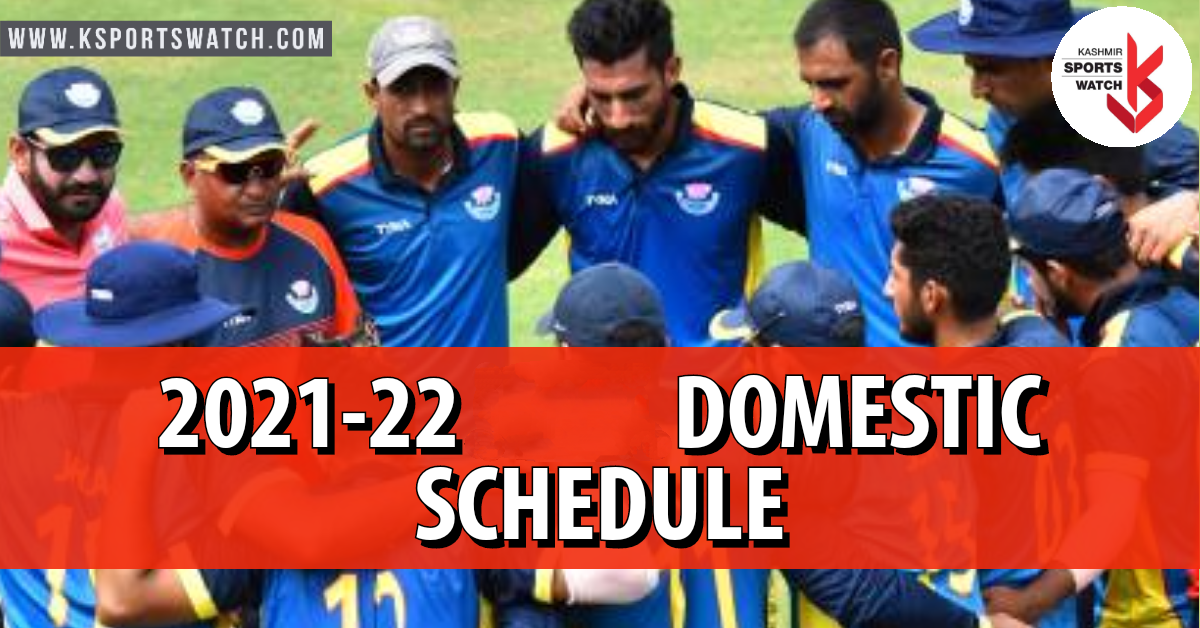 Srinagar , 20 August : The top domestic cricket tournament of Country, Ranji Trophy is going to start from Janaury 5 next year, as Board of Control for Cricket in India (BCCI) has announced the new scheduled for domestic cricket.

The long format format domestic cricket event for senior men Ranji Trophy was earlier scheduled to begin on November 16 and had 38 participating teams.

As per information made available by BCCI, the move follows a request from several associations seeking more time to prepare for the premier first-class competition, which was shelved in 2020-21 due to the Covid-19 pandemic.

According to new schedule, Ranji Trophy will now begin on January 5, with an end date of March 20, 2022.

In a revised domestic calendar sent out to the state associations, the BCCI has accommodated the Vijay Hazare Trophy for much of the period the Ranji Trophy was originally set to run. This means both the senior men’s white-ball tournaments will be held before the Ranji Trophy.

The Syed Mushtaq Ali Trophy that kicks off the senior men’s competitions will run from October 27-November 22, with the Vijay Hazare Trophy being staged from December 1-29.

As per ESPNcricinfo report the women’s one-day competition, the season’s original curtain-raiser, will now begin on October 20, instead of September 21. This will be followed by a four-team Challenger trophy aimed at providing further match practice to India’s top players as well as the fringe players with an eye on the 2022 Women’s World Cup in New Zealand.

The domestic season will culminate with the CK Nayudu Trophy, which is now an Under-25 tournament instead of Under-23. The move will especially benefit those players who lost out 18 months of age-group cricket because of the pandemic. This tournament will be played from January 6 to April 2.