Rashid raced to the landmark wicket in his 288th T20 match with the wicket of New Zealand’s Martin Guptill.

Only three other bowlers have crossed the 400-wicket mark in T20 cricket. Dwayne Bravo, the first to reach the feat in 364 matches, also became the first bowler to cross 500 T20 wickets. He currently has 552 wickets in 510 matches.

Two bowlers followed him to the feat – Imran Tahir (in 320 matches) and Sunil Narine (in 362 matches) – both reaching the milestone in mid-2021.

Rashid holds the record for most T20 wickets in a calendar year, having picked a whopping 96 wickets in 2018. He has also the wickets charts this year with 65* wickets in the format.

Rashid also reached to the 100 wickets mark in T20Is on Friday against Pakistan and became the fastest bowler to cross the mark in just his 53rd game for Afghanistan.

With Inputs from SportsStar . 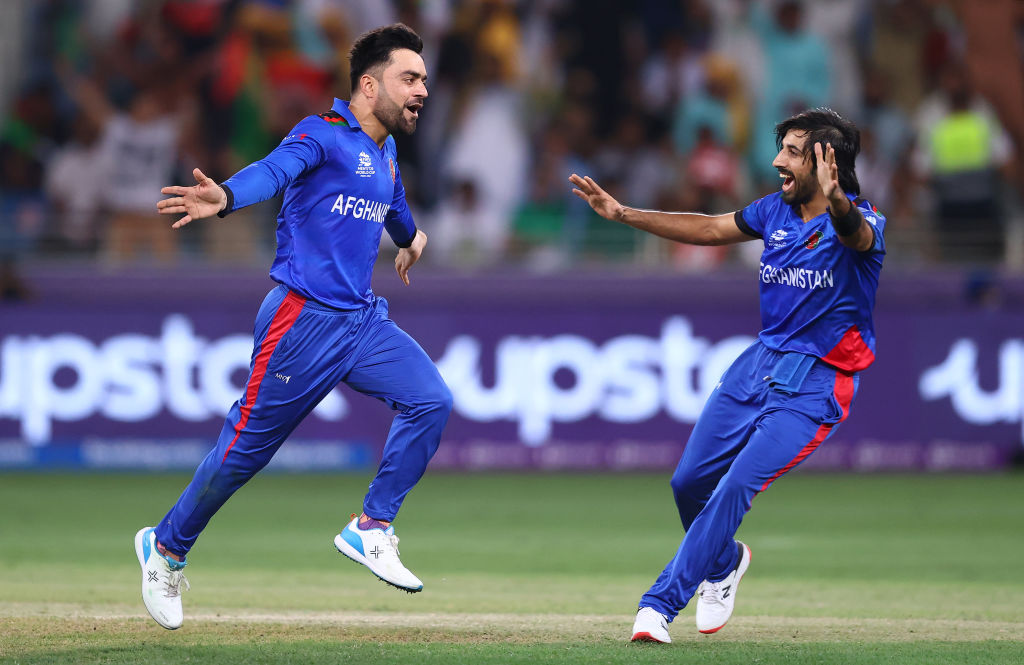