Ravi Ashwin in awe of Wasim Akram’s reverse swing, says ‘Hello White ball, where are you’

Srinagar, May 18: With the introduction of two white balls in One Day International cricket , the art of reverse swing has almost vanished and it has prompted Indian ace spinner Ravichandran Ashwin to say , hello white ball where are you these days’, after watching former Pakistan skipper Wasim Akram making white ball talk.

It was old video of legendary Wasim Akram bowling in 44th over of the match , getting significant amount of reverse swing against New Zealand .

Seeing that video , Ravi Ashwin Tweeted , “Hello, white ball!! Where are you these days?? That’s the 44th over and reverse swing at its best from the king @wasimakramlive,” .

Pakistan had set-up a total of 285 in the fifth and final ODI played at Dunedin in 2001, which was chased down by New Zealand with 11 balls remaining.

The clip, taken from that ODI, saw Akram hooping the ball in final stages of the game, which went viral on social media platform Twitter. The pace at which Akram bowled in that game wasn’t high, though his control was exceptional, making it impossible for the two batsmen to score runs off him.

Back in those days, there was only one ball used in one-day internationals, giving the bowlers the chance to display the old art of reverse swing.

The International Cricket Council then announced the use of two new balls, which meant the art of reverse swing in a one-day game went away.

Back in 2018, when England had hammered Australia by chasing 311 in the 45th over, Tendulkar said two new balls in an ODI was a ‘recipe for disaster’.

“Having 2 new balls in one day cricket is a perfect recipe for disaster as each ball is not given the time to get old enough to reverse. We haven’t seen reverse swing, an integral part of the death overs, for a long time. #ENGvsAUS,” said Tendulkar.

Tendulkar’s comments were endorsed by Pakistan pace bowling legend Waqar Younis, who is now serving as the bowling coach of the national men’s side.

“Reason why we don’t produce many attacking fast bowlers..They all very defensive in their approach…always looking for change ups..totally agree with you @sachin_rt reverse swing is almost vanished.. #SAD,” wrote Waqar at that time. 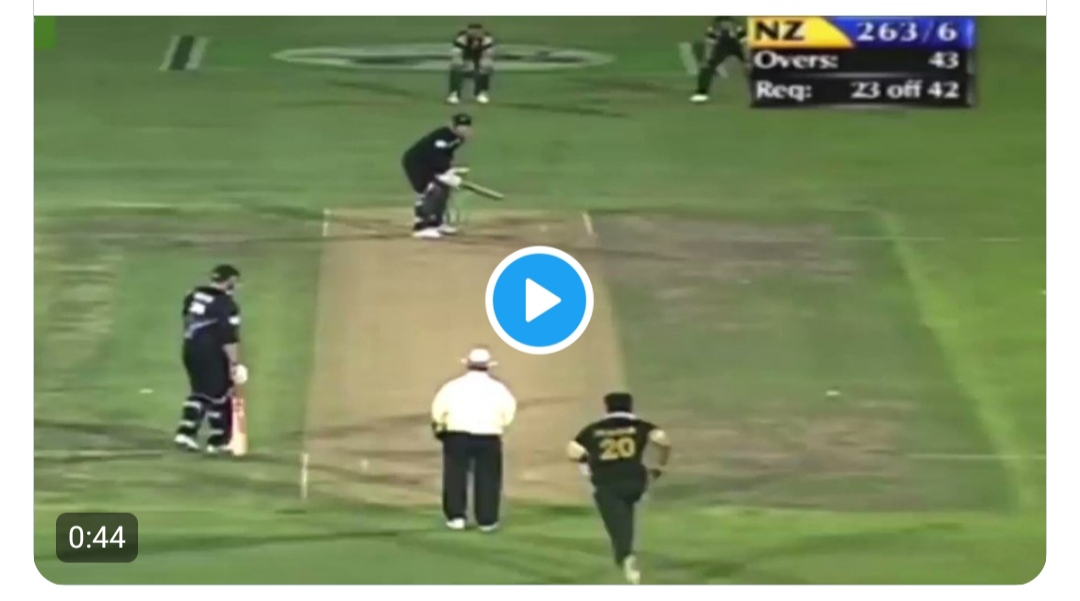