Srinagar, June 12: In another accolade for Kashmir’s premier football club, Real Kashmir FC, its catch David Robertson has been honoured with
British Empire Medal (BEM) in the Queen’s Birthday Honours List for services to the local community.

He has been honoured in recognition of his outstanding contribution to the sport and the community as head coach of Real Kashmir FC since January 2017.

Real Kashmir FC is first ever team from Kashmir to play in I-League after guiding team to second division glory.

“I am absolutely delighted and honoured to have been recognised and awarded this honour for my work in Kashmir. I have enjoyed every minute spent in Kashmir. It has been a real pleasure to have worked and met so many wonderful people. I think of Kashmir as my second home,” David Robertson said.

“Shared love for sport is a great unifier of people, and I congratulate David on his inspirational work. The UK and India share a unique living bridge, and sports play a vital role in that,” Jan Thompson, Acting British High Commissioner to India was quoted as saying. 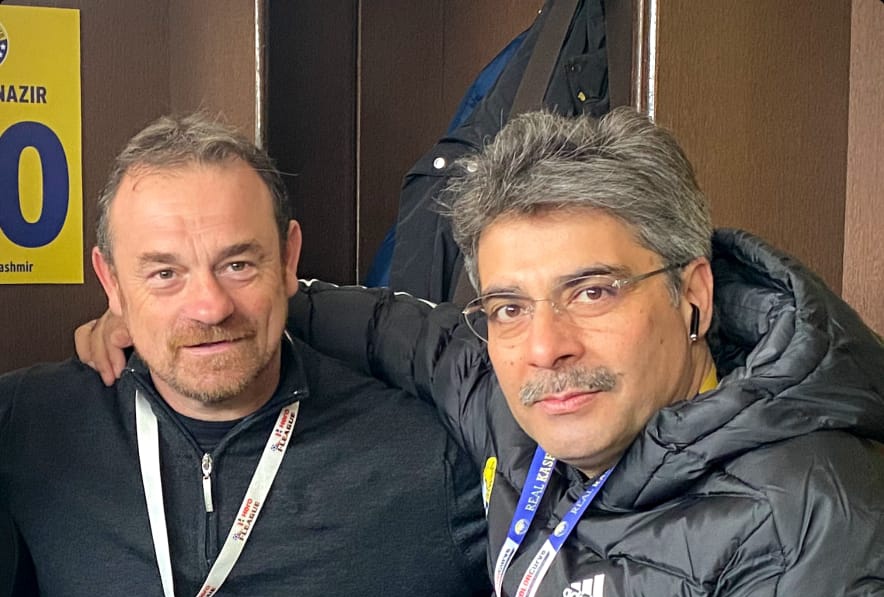