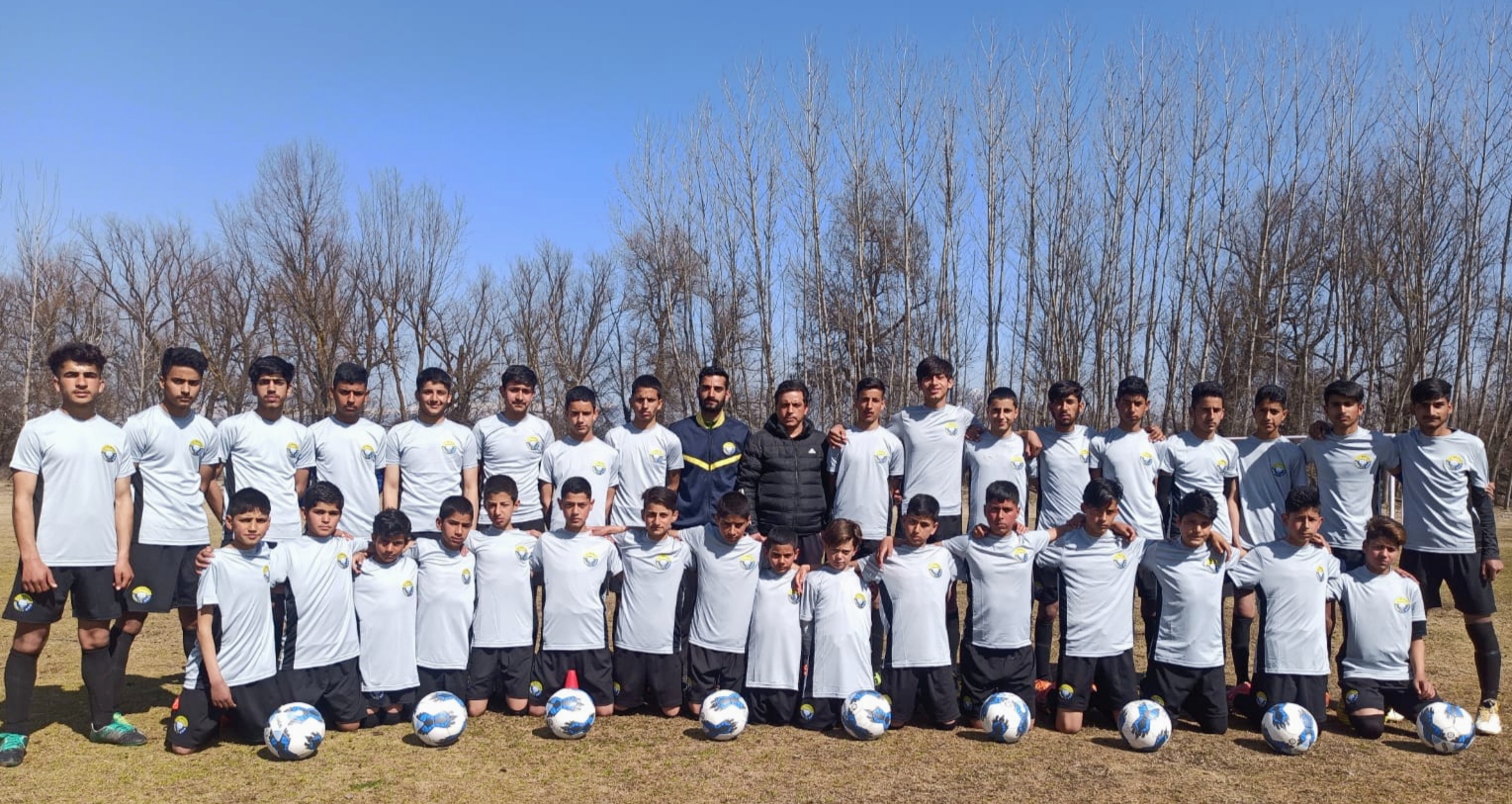 Srinagar, Febuary 22: Stepping its efforts to strengthen grassroot level football and contribute from its end, Real Kashmir FC has launched its football in North Kashmir’s Pattan area.
Though the main activities of the acdemy would be conducted at Goverment Degree College Pattan, the opening day programe was held at Wusan Ground Pattan.

“In order to reach out to youth from different parts of Kashmir, RKFC has come up with a comprehensive academy in the North Zone where local coaches will also get a chance to work with the young talent,” Club statement said.

“Children thronged to the stadium excitedly and showcased their skills under the guidance of the coaches. Young talent from North Kashmir will be scouted for the first time as part of RKFC’s program by the club’s coaches. Young children and teenagers under the age of 13 and 15 were divided into two categories. Throughout the training RKFC will be providing all the facilities including the necessary equipments for the training,” statement said.

“Taking the Srinagar club to other areas of Kashmir’s interior also brings positive feelings because football, after all, has brought so much positivity to the state. It’s been an amazing experience,” Sandeep Chattoo, the chairman of the club was quoted as saying.
According to the RKFC officials, the academy in the Pattan area will be a starting point, many such academies will then open across the north and South Kashmir.

The talent hunt program of the RKFC has been halted for over a year due to the Covid-19 pandemic, but is now ready to boost the career prospects of aspiring footballers in the Valley.