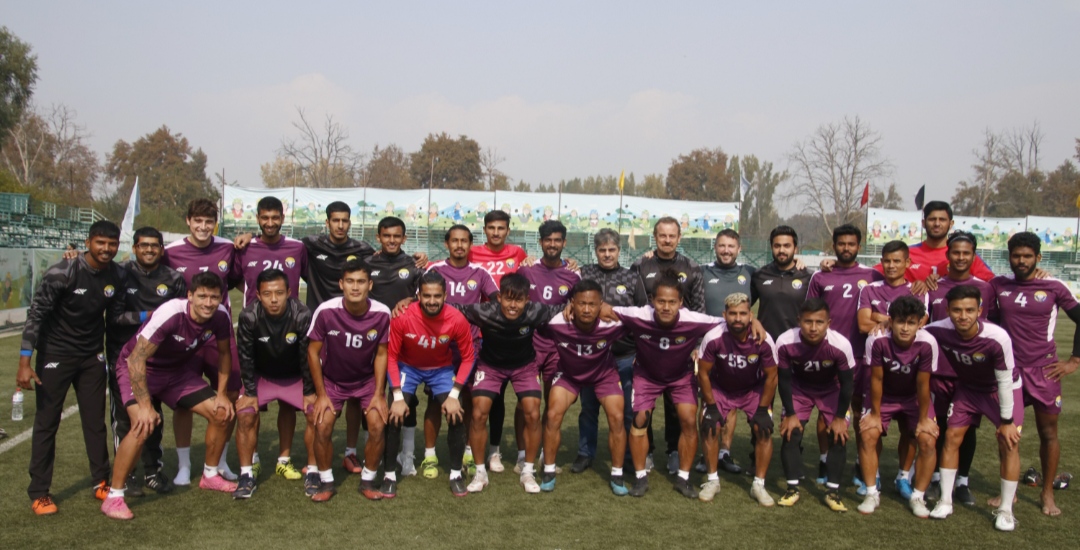 Real Kashmir FC rewrote the history in 2018 when it became the first ever football club from the valley to represent Kashmir in the top tier of Indian football. Undoubtedly, it is the most successful football club in Jammu and Kashmir’s football history.

Being the lone I-league football club in Jammu and Kashmir, RKFC has struck gold for local players like Danish Farooq who got picked by Bengaluru Football club for ISL. That became possible only after RKFC provided him with a platform to showcase his talent.

Real Kashmir FC is also profoundly involved in the grassroot football development in Kashmir and operates a robust academy. In order to provide opportunities and exposure to local youth, RKFC has announced free and open trials for the youth of Jammu and Kashmir. The trails are believed to be held in upcoming days.

“We definitely like to see more Kashmiri players in our team,” David Robertson said.
RKFC is leaving no stone unturned in bringing forth the local talent. For that it has been launching many outreach programs. The result so far has been great as many players even from the remote areas of Kashmir like Bandipora have come to put their talent on display and thus become a part of the club.

The club aspires to place them in national tournaments so that they can see a future for themselves in football. One of the players from Bandipora district of central Kashmir is currently in I-league squad 2021-2022
“Kashmir has way more talent than said and I believe that there is still a lot to come,” Robertson added.

RKFC management is keeping a keen eye on the ongoing warm up matches so that the players from other local clubs may also be identified and given a bigger platform.

“We want more local players to join in,” Sandeep Chatoo, the owner of Real Kashmir said.